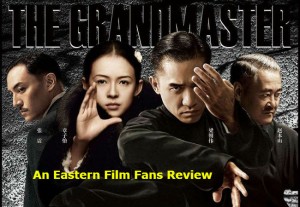 The Grandmaster comes under a cloud of hope, optimism and brought to you by the Grandmaster of film a certain Mr Wong Kar-Wai but does the film live up to the hype or is this master not so grand ?

The story starts in the 1930's where Ip Man (Tony Leung)  is drawn into a match with Gong ( Wang Qingxiang) who is the Northern champion of the Martial Arts and Ip Man the Southern.  A duel takes place that shows Ip Man to be more than just the young upstart and truly has a quiet serene quality but none the less an outstanding set of Martial Art prowess.  Ip Man wins the duel and Gong's daughter Gong Er (Zhang Ziyi) challenges Ip Man to a duel to regain the family honour. 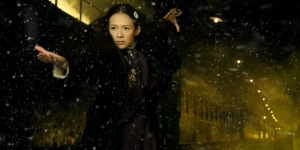 The outcome of the fight and by which it is fought with a deep appreciation and respect, if not love for one another will set the wheels in motion that will span many years.  In another strand of the story, of which there are a few,  Gong Er also seeks vengeance upon a former student of her Fathers Ma San (Zhang Jin) who has betrayed the clan and this gives Gong Er a choice that will ultimately lead her to her fate. 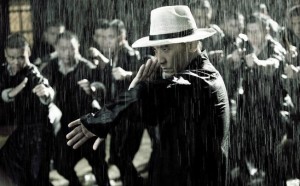 Lets clear this up its a Wong Kar-Wai film so what you get is frame by frame beauty on the screen the film oozes style, for some perhaps style over substance for me a film that captures the beauty and philosophy of one person, if not many, views of Martial Arts.  Its well known for the eastern population to be less than thrilled with Wong Kar-Wai's films and them being more styled to suit western tastes in saying this I believe that Wong Kar-Wai has struck a fine line between both in this his first Chinese film for nearly ten years.

Tony Leung brings Wong Kar-Wai's vision of Ip Man to the screen with a subtle and yet commanding performance but Zhang Ziyi takes the crown as Gong Er with her beauty emanating from the screen and bringing a powerful portrayal of a woman who must make some life changing decisions to the screen. 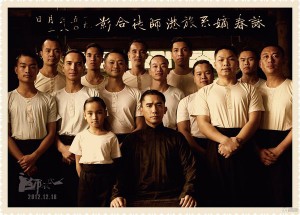 The action is there if infrequent, with a great turn by Cung Le who enters the fight, as any great fighter should through a window and goes toe to toe with Ip Man.  Also the platform fight between Gong Er and Ma San just captivates you.  This isn't an action movie but a story telling exercise and although you might wish to see more of the action and less of the spectacle there's one thing you can't ignore and that is Wong Kar-Wai has once more given us a feast you would do well to devour.