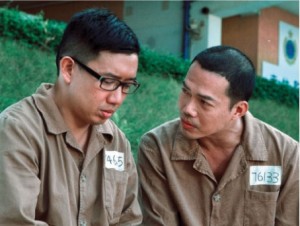 The Laughing Gor returns in Turning Point 2 which in fact has Francis Ng playing a totally different character and the confusion doesn't stop there, but is it any good, well stop laughing and we'll find out. 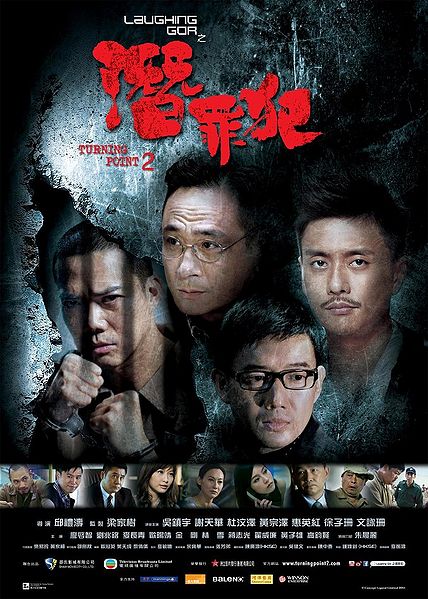 Ok so the plot goes something like this Laughing Gor (Michael Tse) is in jail where he was sent at the end of "Lives of Omission" TVB series where he meets Fok Tin-Nam (Francis Ng) who was framed for drug possession.  All is not what it seems though as they are both in there undercover with Laughing trying to get information from a slightly insane man called Chit (Chapman To).

What follows is a series of events that starts in the prison environment and then spirals outside of the prison walls and becomes much more of a standard police drama.

The question is whether its worthy your time?  Well, you really should catch up on E.U and Lives of Omission the TVB series and then perhaps Turning Point the original movies directed once again by Herman Yau.  Without watching those you may struggle to understand what is going on, although like I said Francis Ng does play different characters just to confuse things!

Actually this police drama is ok and the film works better in the first half within the prison than it does afterwards with the plot turning and twisting far to many times than it should.  Theres some good performances from Michael Tse and Francis Ng and it was great to see Kara Hui on the silver screen.

If your a fan of the series then this concludes things nicely and for everyone else its ok and it'll pass some time but be prepared to withstand some lengthy talking, few action scenes and alot of focus on the difference between good and evil and whether it is all so black and white as we may perceive it to be.  In saying all this if your a Francis Ng fan like myself you'll watch it anyway.