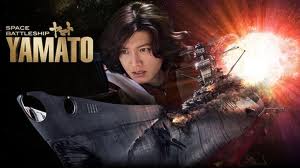 Space Battleship Yamato takes you on a journey into outer space but when you view it will you feel out of this world.

Its the year 2199 and earth has been ravaged by war, a race called the Gamilas, destroying all but one last ship the Yamato and radiation keeps the human race underground.

Susumu (Takuya Kimura) is salvaging what he can on the earths surface when a capsule crashes not far from him knocking his helmet off but proving that this capsule has the power to eradicate the radiation around him. 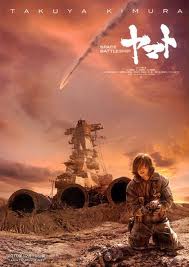 The Yamato picks him up and they find out  that this capsule not only gets rid of radiation but  has the details for a new warp drive and the way to  a planet called Iskandar.

With the new find a message is sent out for all  volunteers to man the last Space Battleship  Yamato to set a course for this planet and so the  journey begins with the last hope for humanity  being sent  off into the far reaches of space.

The film is a live action version of the  Japanese anime series that has been going for  more than 30 years and you'll find all the  usual stereotypes here from the Hero to the father figure etc. Its one mans journey of self discovery set in space and peppered with galactic battles, think Battlestar Galactica and you won't be far off the mark.  This being Japanese you know your in for something slightly quirky and the 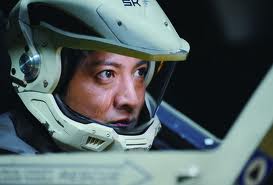 sound track would do well against any type of 'Top Gun' movie.

Fans of sci-fi will get a kick out of this with the space battles galore that are visually stunning but maybe the running time is slightly long but this is a Japanese Sci-Fi epic.

So if you can see past the heroic monologues there's much to enjoy here so sit back and grab yourself a slice of this epic you may find that Space Battleship Yamato is out of this world!