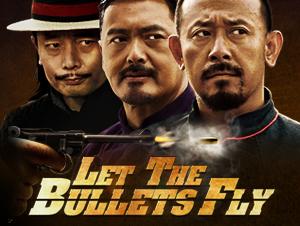 In lawless1920's rural China, legendary bandit "Pocky" Zhang (Jiang Wen) and his gang stage a train robbery. Shocked to discover that, instead of silver, the only thing left on the train is the con man Tang (Ge You). Desperate, Tang explains that he's on his way to Goose Town, where he's bought himself a governorship. If allowed to live, he will help Zhang assume the governorship in his place... where Zhang can make more money in a month as a corrupt politician than he can in a year's worth of train robberies.  But neither realizes that Goose Town is already under the iron rule of the wealthy Master Huang (Chow Yun Fat, The Killer, Hard Boiled), whose charming exterior conceals a ruthless, conniving crime-lord. 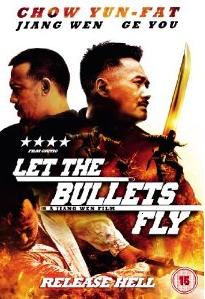 Thus begins an escalating series of hyper-violent (and hilarious) mind games between the bandit and the crime lord, while the devious Tang tries to play both sides until he can exit the situation...preferably with a profit. The stakes quickly rise to ludicrous proportions in this masterfully vicious, pitch-black action-comedy (China's highest grossing film of all time), and you'll be laughing the entire time as double- and triple-crosses, razor-sharp wordplay, and hundreds of thousands of bullets explode across the screen.

FOR A CHANCE TO WIN A COPY OF THIS GREAT FILM SIMPLY TELL US WHAT YOUR FAVOURITE CHOW YUN-FAT FILM IS AND WHY?

Send your answers to econdor@easternfilmfans.co.uk by 3rd September 2012