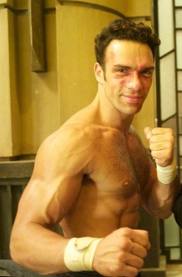 Its my great honour to welcome Darren Shahlavi to Eastern Film Fans.

Can you tell us a bit about your Martial Arts background?

I started training in Judo when I was 7 years old, our practice took place in the drama theatre at a school in Stockport, sometimes I’d arrive early and watch the actors rehearsing and performing. I love acting, as far back as I can remember I’ve always been an actor, something magical happened to me in that theatre as a kid, training in martial arts and acting. Later after watching Bruce Lee movies I wanted to kick, so I studied Karate, under Dave Morris, who actually implemented choreography into class and then kickboxing, my teacher was Ronnie Green who had a very non traditional, very practical approach to training.

How did you get your first break in films?

As a kid I contacted Bey Logan and pestered him for advice and opinions, I first actually met him at a seminar Donnie Yen was doing in London 20 years ago, Donnie was the first actor I ever met and first person I ever learned film fighting techniques from. I then took a seminar Cynthia Rothrock did, and one by Loren Avedon. Bey then called and said he was line producing a movie and needed an assistant and would I like to learn more about film making and help out on the movie, no money but I’d be on a movie for the first time. Robin Shou and Simon Yam were the leads and Phillip Ko directing, I have very fond memories of that shoot, I was infront and behind the camera, and I loved it. Bey introduced me to his then partner Mark Houghton and Gordon Liu at a seminar they were doing and after that Bey wrote a script called The Last Shaolin for me to star in, I flew at my own expense to Malaysia to do the movie but there was no money, no film! I was very disappointed.

I hear Mark Houghton was a great help early on in your career was there any words of wisdom that he gave you?

Mark was working as a fight choreographer on some movies in Malaysia and let me work as a stuntman on some of those movies, I got a good foundation in choreography, angles and filming techniques etc and also learned some Cantonese and film terminology.

I first remember seeing you in Tai Chi 2 ( I remember cos I was shouting at the screen I know that guy) how was it working with Yuen Woo Ping ?

Yuen Woo Ping was wonderful. He gave me my first lead role with that movie, and was very patient and generous to me, he got the best out of me on that film. I learned a whole lot from him and his team about timing, rhythm, beats and working on set, Wu Jing and I were very green and had a lot of help. 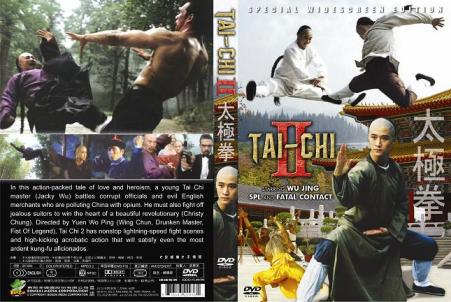 A young Wu Jing was in that film but I must also ask Billy Chow, I love his work what were they like working with?

Wu Jing and Billy Chow were wonderful, we worked well together, at that time I didn’t know I was the main bad guy and Wu Jing didn’t know he was the lead! They are both very kind and humble, I had a great time on that film. Billy took me around Hang Zhou and we ate together in the restaurant lots and made sure I got everything I needed.

How did you get the part of the World boxing champion in Ip Man 2?

Mike Leeder contacted me to say he was casting it and Wilson was very interested in hiring me but I looked too modern, and asked if I had pictures that I looked like I could be a boxer from 1950. I took some shots and sent them off and I was hired! Thankfully Yuen Woo Ping also recommended me to the producer. 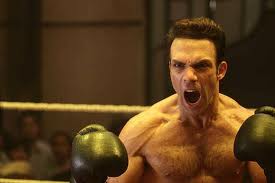 How was it working with Donnie Yen, I know you’ve met him previously?

Donnie was awesome to work with, he has so much experience and he helped me a lot, he would be able to look at me the first day or so and say “don’t think about the choreography too much, I know you don’t want to forget any of Sammo’s choreography but stay in character.” I work hard on every film and character that I play, but on that shoot there was a lot for me to do, including the strict dieting and all the training.

Working with Sammo Hung who was Action choreographer on Ip man 2 must have been exciting how was the experience working with sammo and team?

Sammo is the best, I loved working for him, he works so hard and really leads from the front, I’ve never seen someone so in command of a set. Sammo knows exactly what he wants, and you know with him you are in the hands of a master, I loved just watching and learning from him. I also love his sense of humour he is so full of great positive energy. 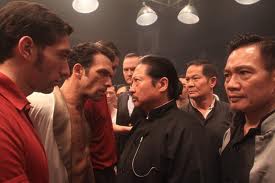 Talking of Action I hear you have a project you wrote and potentially will be Director, producing and acting, can you tell us anything about this?

I was going to start a year ago but I’ve been so busy, thankfully. All I can say is that it’s going to be shot over a long period of time, when I’m not shooting other films, I’m re-writing the script right now.

So what about other up and coming projects what can we look forward to seeing Darren Shahlavi in?

After Ip Man 2 I did Born to raise hell as the bad guy with Steven Seagal, directed by Lauro Chartrand. Aladdin and the curse of the Djinn which is my first starring role, will air on Syfy channel in April or May. I’ve done some guest star roles on TV such as Human Target and I have a small part in Red Riding hood and Mission impossible 4. I play a bad guy in Hangar 14 with Steve Austin and Michael Jai White, and I’m shooting a web series right now for Warner Brothers.

Finally the Eastern Film Fans question is If you were on a desert island and could only take 3 films with you what would you take? (it can be any genre)

Luc Besson’s Le Grand Bleu, Enter the Dragon, And if I'm stranded on my own, something with lots of beautiful women in!!!