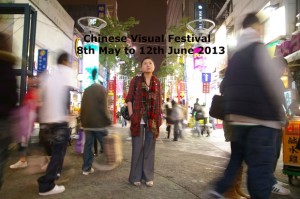 Chinese Visual Festival is proud to announce its 2013 edition, which runs from May 8th – June 12th at King’s College London.

Chinese Visual Festival is proud to announce its 2013 edition, which runs from May 8th – June 12th at King’s College London.
This year’s festival, held in partnership with King’s College London, has been significantly expanded to cover the Chinese speaking world, including art, films and more from Mainland China, Hong Kong and Taiwan. Featuring a wide range of creative and entertaining content, the festival presents the reality of the Chinese speaking world to global audiences through imaginative conversations between moving images and art.
For 2013, the festival is delighted to be working with King’s Cultural Institute to present Objects of Fantasy, the first solo exhibition for Chinese artist Wang Yuyang at the Inigo Rooms, Somerset House East Wing from 8th May to 12th June. The exhibition ranges from new media work to installation, selected from Wang’s recent practice, reflecting his unique vision across works such as A Painting – Landscape (2010), subverting our conventional understanding of painting. Wang challenges standard perceptions by animating everyday objects, for instance in The Narrative of a Stack of Paper (2012), where he reveals the meticulous process of paper making. Wang Yuyang will be in attendance at the festival, and will be giving a talk at the Anatomy Museum, King’s Strand campus on May 9th, followed by conversation with Dr. Marko Daniel, Curator of Public Programmes at Tate Modern. 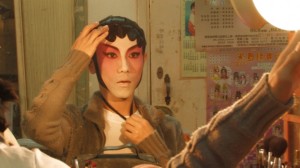 The festival is thrilled to be welcoming four prestigious documentary film makers: Zhou Hao from Mainland China, Wu Wuna from Taiwan and Tammy Cheung and Wong Yee Mei from Hong Kong. Emergency Room China, the latest film by Zhou, one of the key figures of the modern Chinese Independent Documentary Movement, will make its world premiere on the opening night of the festival’s film section on May 24th. The works of the directors form part of a fascinating program of 29 films, almost all UK premieres, covering a wide range of topics from modern relationships through to politics, the environment and more. This year, the festival has selected its first ever animations and fiction film, offering audiences enhanced variety.
As well as joining Q&A sessions with audiences, the directors will take part in a program of talks and symposiums, including discussions and panel debates with leading academics and key figures in the documentary film industry and related social studies.
Chinese Visual Festival aims to build an open platform for sharing different types of Chinese art and culture. This year we are very honoured to welcome back the renowned Pipa musician Wang Ting, who will be holding a solo concert, as well as a once in a lifetime collaborative show with top London jazz pianist Chris Lee.

Details and tickets are available on the Chinese Visual Festival website:  www.chinesevisualfestival.org