When Peru's biggest Action Film star and Jordan's newest rising talent find themselves pursued by a notorious bookie, a couple of private investigators are forced to choose between their job and their conscience. 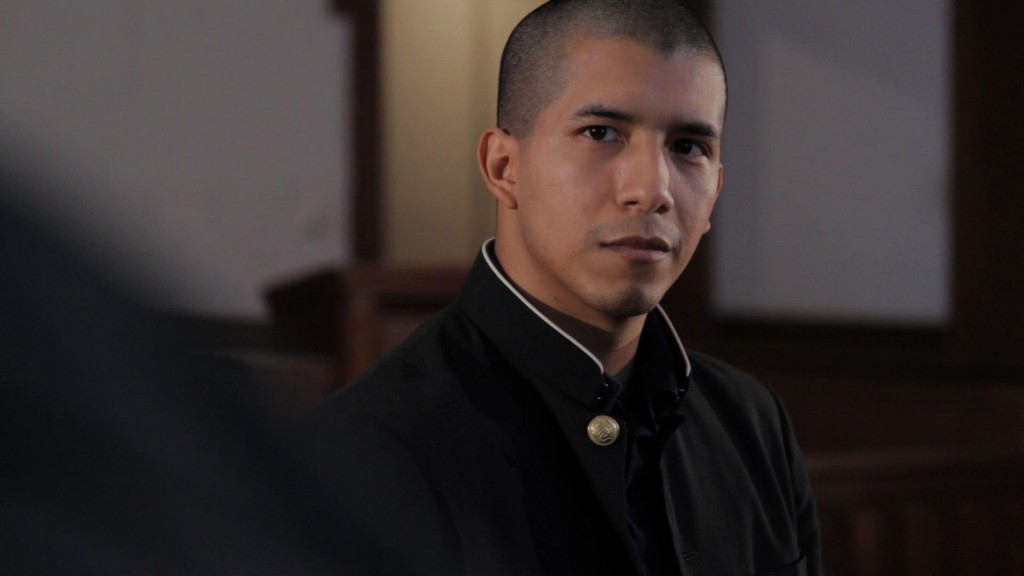 Stuntman/Choreographer/Coordinator Emmanuel "Manny" Manzanares is another man of many talents. Not only does he perform stunts, but also directs, shoots, choreographs, and edits many of his own shorts and fights (or for others) as part of his own skill set. Based in Chicago along with Shawn Bernal and his crew LBP Stunts Chicago, Emmanuel is an up and coming stunt talent with a wide variety of skills that can be adapted to any situation, and did an amazing job assisting our fight coordinator/choreographer Vlad Rimburg in helping him realize his vision for some of our fight scenes.

In the movie, he plays "Rich", Sam's secondhand man and partner to Vic. However, Rich is always stuck playing the secretary, and is sent to handle dirty work for Sam, but never gets anything with any action in it. When he gets the assignment to interrogate Tomas De La Cruz and Sameer Yousef about unpaid debts, Rich decides it's about time to show off his own style and do things "his way", which leads to some unlucky results.

Eastern Film Fans caught up with Emmanuel to chat about Unlucky Stars.

Can you tell us your involvement in the project?

I was approached by the action director/fight choreographer (and supporting lead) Vlad Rimburg with joining the film. We have been friends for years, and had recently worked together on a short film we did in Chicago entitled "Yo Soy Un Hombre Loco". Vlad and Dennis Ruel (the writer/director/editor, star) explained to me the basis of the project, and explained my character, which was supposed to be only a small fight role, barely any lines, etc, and that I would have a larger fight at the end with Dennis, so pretty straightforward.

However, unforeseen circumstances with some of the actors led to a lot of last minute script and character changes, and my "little" role turned more into a featured acting role, with more lines and depth to my character, and some newer fights. In the end, I have a larger featured role, and Vlad allowed me to share the stunt coordinator credit with him, as I assisted him with the safety of the stuntmen, and helped the stunt team to achieve what Vlad and Dennis wanted as their vision for the fight sequences for certain key fights in the movie.

The action and style of the film oozes 80's Hong Kong Action Films, are there specific films that inspire UnLucky Stars?

There are quite a few classic Hong Kong action films that inspired the feel and action of the film. Of course there are Sammo Hung's "My Lucky Stars", and "Twinkle Twinkle Lucky Stars", which we had homages of in the large church fight sequence and the giant finale in the oil factory you see in the teaser, as well as Vlad's character "David", who dresses exactly like Sammo from Twinkle! Other key films we took inspiration from were Yuen Wo Ping's "The Buddhist Fist", Sammo's "Eastern Condors", "Wheels on Meals", "Dragons Forever", all the way to more contemporary works like Wilson Yip's "Sha Po Lang".

The thing is, our action director Vlad isn't just necessarily inspired just by Hong Kong as well, but also the works by Korean action maestro Jung Doo Hong (from City of Violence, Arahan, Crying Fist) and even classic American action films from the 1980s. While Hong Kong would be the base, there was always room for more to add more depth and flair to the fight sequences so that they wouldn't just be carbon copies, but seen more as an evolution of the fights and action sequences we grew up watching. We can only hope that we are doing the right job for us and the fans! 🙂

Whats the ambitions for the movie?

I'm not the director or producers, so I don't know the complete scope of what is to come. However, based on what Dennis, Vlad, and Ken Quitugua (the other star, and co-exec producer with Dennis and Vlad) have told me and we've discussed, is that this is only the beginning. As individuals, they have all taken the time to create short films, be in other feature films, act, direct, do stunts, choreograph, etc. However, they all agreed and felt that many action films lack the "fun" factor that they used to have, and lack the hard hitting, honest ability of the performers and stuntmen that you used to see not only in Hong Kong, but even in the US and other parts of the world. No shaky camera, no choppy editing, no camera tricks to hide ability, no cgi, etc, etc.

What this means is they hope that Unlucky Stars will be the start of something more. Not necessarily going back towards a Hong Kong action style and rebooting it, but simply evolving the scope of action and action filmmaking so that its universal and acceptable to all. Making movie watching for action films fun and engaging again, with adventurous story lines, fun characters, cool and exciting fights, and an awesome ride to experience for the audience. I don't think anyone on board is trying to say "this is the way fights/action" should be, but the overall goal is to say "why can't action films be fun and exciting like this anymore?".

If the film is a big a success as it should be do you think we'll see a sequel, Twinkle Twinkle Unlucky stars perhaps?

Haha, all in due time! But we definitely hope so. 🙂

Whether the film is a success or not, we already are planning what the next project is and what to do, but who knows, maybe in a few years there might be a sequel, or maybe even sooner. Either way, the goal is to keep the fire burning and keep learning from our previous collaborations and to keep pushing more content that gets better and better for audiences to enjoy. We still have a long way to go, but I am sure that Dennis, Vlad, and Ken all agree that the time is now to act, and that if we want to show audiences what makes us excited about watching movies (especially action movies), then we have to go out there and really show what we mean and act on what we say. It's very easy to complain about what's happening with action films today, but much harder to go out and try to be different than the current trend. Are we at least off to a good start? I would say so. 🙂

The Eastern Film Fans question is if you were on a desert island and could only take 3 films with you what would you take? (It can be any genre)

Haha, that would be Drunken Master 2, My Neighbor Totoro and A Bittersweet Life