The Martial Arts Kid is a spectacular coming of age family action film that is founded in traditional and mixed martial arts.

Jump over to The Kickstart page HERE 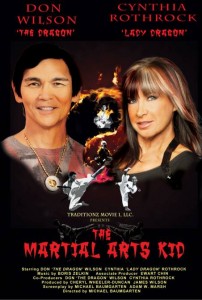 The film will be partly shot in beautiful and sunny Florida and will star the greatest ensemble of martial arts legends ever assembled… anywhere… ever! Hot cars! Sunny beaches! Epic battles! Bad guys! And even some bad girls! Not since the FAST AND THE FURIOUS has a movie screen had this much high octane action! Your face will melt from the heat of the battles! This will be the greatest ensemble of real martial artists since ENTER THE DRAGON and FORCE FIVE!