It’s Raiders Of The Lost Ark Jackie Chan-style, with a dash of Bollywood, as the unstoppable film legend hunts for treasure in this flat-out fun, all-action, globe-trotting comedy caper.

World-renowned archaeology professor Jack and his team are on a grand quest to locate a lost ancient Indian treasure, when they are ambushed by a team of mercenaries and left for dead. Using his vast knowledge of history and kung fu, Jack leads his team on a race around the world to beat the mercenaries to the treasure, and to save an ancient culture. 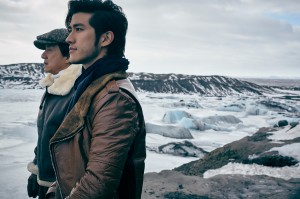 In The Bronx director Stanley Tong, for this all out action caper, featuring superb fight scenes, motorcycle chases, ice caves, hidden treasures and a Bollywood- 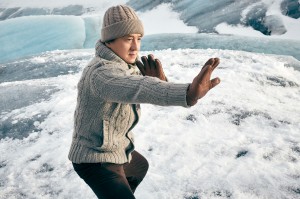 style set piece finale. As the Los Angeles Times says, ‘good luck trying to stop that goofy smile from spreading across your face’.

KUNG FU YOGA is family friendly fun, a mix of Bollywood exoticism and action comedy antics, showcasing veteran movie legend Chan’s incredible martial arts skills and impeccable comic timing. Filmed in China, Dubai, India and Iceland, this is a must for fans of the National Treasure films and Chan’s Around the World In 80 Days and Shanghai Knights.