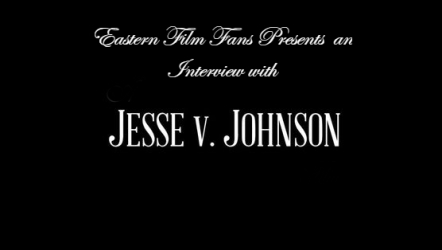 Eastern Film Fans are proud to present an interview with the Actor, Writer and Director of Savage Dog, Accident Man and now The Debt Collector, a man who puts the act in action and the Scott Adkins slam bang in the middle of it, I give you Mr Jesse V Johnson.

Savage dog was a low budget film but you squeeze a hellva lot of out of everything and everybody and this was a journey that started with Scott Adkins, (great film we gave it 4 stars) and I think something special started with you and Scott, was it the same feeling for you? 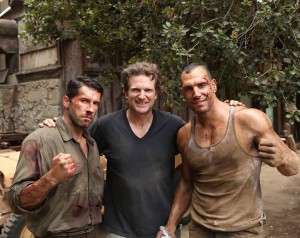 Thank you for noticing that star rating means an immense amount to me. The film was an amazing experience for me, all-immersive and just slightly insane, sort of like surviving a near-death experience, life changing but not something you'd necessarily choose to repeat.

There was almost no money, so, it was necessary that I put all of myself and my belongings into that film to a degree that was borderline fool-hardy- the guns, costumes, the Jeep, swords, even the desk and office dressing were all from my home. I slept at the locations sometimes and drove the 1942 Willys Jeep loaded with ordnance to work everyday, operating open 2-3 hours sleep a night. When I see pictures of me from the shoot I look like I was on Devil's Island, it almost killed me.

At the time I was so focused on just finishing the film, I desperately needed a film that was commercial, my career was in a slump, that I didn't notice any great-rapport between Scott and myself, he was very pushy with the action sequences which probably irritated me, but, of course in retrospect it was great to have a lead-actor so invested, and I have grown to really enjoy the collaboration, but it took a little while to foster the mutual respect necessary for such a partnership.

The Debt Collector seems like a throwback of sorts to those cop buddies movies, it really stands up well today and I believe it was something that you wrote awhile back?

I wrote the script over a decade ago, and it was this script that Isaac Florentine read, and how I initially introduced to Scott Adkins, I asked him to 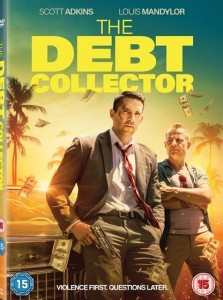 cameo in my first film PitFighter, which he did. So, recently, when we were thinking of ideas for future scripts, Scott mentioned it again, it was interesting how much the world has changed, the original script mentioned Telex machines, Fax's, pagers, and was from a time before smart phones, frankly a time I am more partial to drama-wise, but Stu Small did a beautiful pass and updated the script where it required it.

The leads, again with Scott Adkins, and this time with Louis Mandylor, really clicked was it something you thought about when casting or did they click on set, as it really shows up on film? 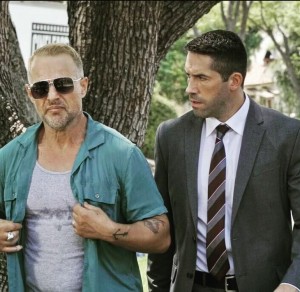 Louis is a living example of casting gold, he turned up in character, and the very first scene was so intense, that both Scott and I looked at each other and realized we were both going to have to raise our game to catch up with where Louis was. He had created a nuanced, sensitive and immensely creative study of this fractured, damaged man, and that suddenly lent an air of intense gravity to the rest of the story. Scott and Louis clicked and what you see is very close to what I saw when the camera wasn't rolling, there was a lot of improvisation, free forming and jamming. That is the style I most prefer, you do the script, what is written and you listen and weigh the results, and you adapt and change until you get where the truth is. You're looking for truth, not gags, funnies,"cool-shots" or trailer moments, just truths, and honesty.

You listen very, very carefully and you guide gently and respectfully, and you pray and hope you get a film with the likes of Scott and Louis in the lead, because they make a director look good.

Savage Dog, Accident Man, Triple Threat and now The Debt Collector, the formula is working so well have you something else planned we can look forward to you and Scott collaborating on ?

Scott and I are in the UK in preparation on another picture, the character is a bold decision for Scott, and I hope I can do his risk the justice it needs in conception. I hope the wonderful fans will enjoy it, and where we both feel intense pressure to explore new avenues, we are both very aware of why a person tunes in for a Scott Adkins film, thankfully we love those kind of movies, too!

And what else for Jesse, we don’t want to see you make any other kind of film but I know you have flirted with other more artistic or stylish films with say The Beautiful Ones, what’s next for you? 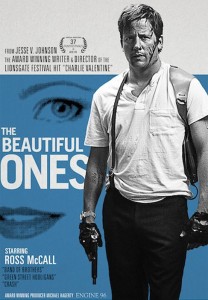 I have several offers for films that will follow this one in LA and another in Kentucky, thrillers that contain a degree of action of course. Some with a slightly more mainstream budget, which is always good, but often comes at an artistic price. I have a very ambitious script I just finished writing which is now in editorial, that would be my version of Barry Lyndon, but set during the California Gold Rush - that one may end my career, and I'll be unemployable afterward, they are sometimes the ones worth committing to.

The Seven Samurai, Lawrence of Arabia, The Searchers.