It’s been a while since the original promo for Cynthia Rothrock’s forthcoming ‘grindhouse’ style exploitation movie, ‘Bitchfight’ went viral. Then, came the exciting announcement that, ‘The Queen of Martial Arts Movies’ would be reuniting with her, ‘No Retreat No Surrender 2’ co-star Max Thayer. After several months of additional script development and some cast and crew changes it looks like ‘Bitchfight’ is finally moving forward and is set to pay homage to the late, great action movie actor Steve James, (‘American Ninja’, ‘Avenging Force’, ‘I’m Gonna Git You Sucka!’). 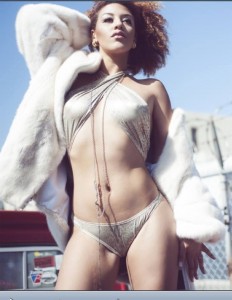 Rising singer/songwriter, Debbi James, daughter of the ‘American Ninja’ legend joins the cast of ‘Bitchfight’ in what can only be described as a poignant tribute to her father, playing a character named ‘Jackson’. Cannon movie fans will of course remember that ‘Jackson’ was indeed the name of Steve James’ character in the classic ‘Ninja’ franchise.“I want ‘Bitchfight’ to represent everything that was cool about 70’s and 80’s low budget action movies and exploitation cinema,’ said writer and director, Dean Meadows, “you know, the early Chuck Norris movies, the Ninja boom, that kind of thing, so when the opportunity to get Debbi involved came up, I knew I had to rewrite the script a little to honour the memory of her father and all those great movies he gave us. I think Debbi and I are both happy with her scenes and I know that she smiled when she read a particular line within the script. I hope that when Debbi gets to do her thing in ‘Bitchfight’, her father will be looking down on her and smiling too!” 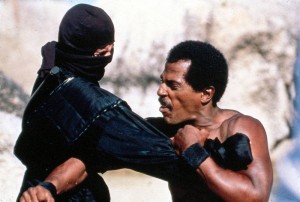 So far, the synopsis of ‘Bitchfight’ and the characters that will be portrayed by the lethal ‘Lady Dragon’, Cynthia Rothrock and veteran character actor Max Thayer have been kept top secret, but it seems all that is about to change very shortly. Dean Meadows, currently in Wales shooting the female assassin anthology film, ‘Scarlett Cross: Agents Of D.E.A.T.H.’ added, “we have a major announcement regarding ‘Bitchfight’ coming up in the next few weeks that Cynthia Rothrock fans can’t afford to miss… we are going to make this movie absolutely ‘epic’ for everyone that has supported us over the past 12 months!Debbi James was recently featured on the ‘American Ninja’ documentary, ‘Ninja Gaijin: Remembering A Classic Cannon Franchise’ and her music can be found at http://www.soundcloud.com/debbi-james

For more information on ‘Bitchfight’, head over to the official facebook page at www.facebook.com/furiousfightingfemales