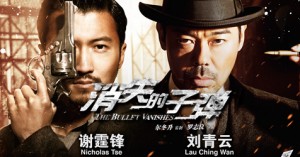 The Bullet Vanishes is a sleuth movie that will have you guessing right up to the end but will this film simply vanish from your memory? 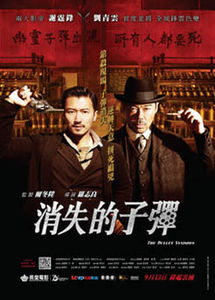 Guo Zhui (Nicholas Tse) and Song Donglu (Lau Ching-Wan) play 1930’s detectives who are brought in to investigate the case of the vanishing Bullet.  A series of murders have happen in a munitions factory and the owner Ding (Liu Kai-Chi) has put this down to a curse which is scaring the factory workers into staying at the factory to work.  Guo & Song don’t believe in this being a supernatural occurrence and with the help of  Xiaowu (Jing Boran), a rookie policeman, they set out to find out how the victims, that start increasing in numbers, are killed when there’s no bullet to be found at the scene.

Ok lets get the obvious Sherlock Holmes similarities out of the way.  Yes there is a scene in the factory of explosions that’s taken from said film and yes it does resemble a Sherlock and Watson type movie but this only adds to Law Chi-Leung’s film.  The story itself will keep you gripped with its twists and turns right up to the final frame of film. 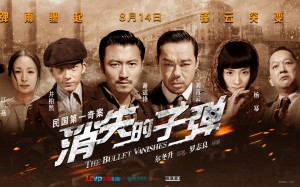 The leads plays it well with Nicholas Tse as the Crack shot young gun with a mysterious past and then Lau Ching-Wan well playing the Lau Ching-Wan ie an oddball.  The leads have the chemistry to keep you watching as the film uncovers the truth bit by bit and still keeps the suspense within the story.

The Bullet Vanishes is a great pot boiler with some fine performances. This film comes highly recommended.