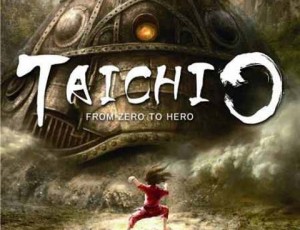 In the 1st part of a two part review we take a look at Tai Chi 0 and see if this proposed trilogy but current two film guise can rise up to become a Hero or will it score less than Zero. 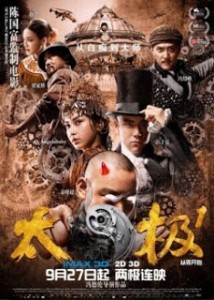 Wushu Champion Jayden Yuan stars as Yang Lu Chan a.k.a The Freak due to the horn like growth which he was born with and is referred to as “Three Blossoms of the Crown” which when hit turns Yang Lu Chan into a Martial Arts Super Freak with devastating power.  Unfortunately over the years the horn is sucking the lifeforce out of Yang and a Doctor suggests the only thing he can do is goto the remote village of Chen to learn inner Martial Arts from a Master Chan (Tony Leung).

Upon finding the Village hes not welcome and is refused any instruction in their Martial Arts and repeatably gets beaten while trying to enter the village by all the villagers led by Master Chen’s daughter Yu Niang (Angelababy).  Meanwhile Fang  (Eddie Peng) wants to bring the village up to date with modern things such as electricity but fails in his attempts to convince them and so returns with Troy 1 a monster machine that will destroy the village to put a rail road through it.

Will The Freak learn his Martial Arts from Master Chen in time to save the village from the western threat.  Well you'll just have to watch it to find out.

Tai Chi Zero has that steampunk vibe going on and the film for the first half of it jumps from a silent film, to a comic to a 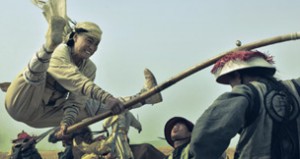 video game in a variety of sequences that are all visually striking.  Whether you like the mish mash of styles will depend on you but I enjoyed the style which has similarities to a Certain Kung-Fu Hustle.

Tony Leung steals the show as Master Chen but Angelababy as ever looks great and Jayden Yuan does well as the idiot hero, with Eddie Pang getting to play the not so evil character of the piece.

Sammo Hung is action choreographer and does a good job with the action sequences which are peppered throughout.  The films serves as an introduction to the characters for its sequel Tai Chi Hero and I enjoyed it for its being something different as its roots are firmly in the pop culture scene.

So a fun night in with this popcorn movie that will entertain you rather than inspire you and I look forward to reviewing Tai Chi Hero to see if Yang does become the Supreme Ultimate Fist.