Once Upon a Time in Shanghai Review

Philip Ng and Andy On bring the action with Yuen Woo Ping orchestrating it, but will this be a story that you'll remember or just another once upon a time this could have been something special kinda deal? 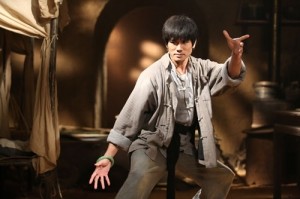 Philip Ng plays Ma Wing-Jing a immigrating from Shandong with hopes of riches and fortune in Shanghai he starts to work at a local warehouse where he discovers all is not as it seems and that The Axe Gang are running drugs through the warehouse .  Ma decides that he must destroy the drugs and meets Long Qi (Andy On) who is the self proclaimed King of Shanghai and after a but of fisticuffs a mutual respect develops into friendship and Ma starts working for Long.

As Ma stays true to himself and walks a righteous path he gains the attention of Michelle Hu the Daughter of Master Bing non other than a certain Sammo Hung and this doesn't go unnoticed by the Axe Gang or the Japanese who have an interest in the drugs.  Ma and Long must now stand together against the evils that are taking over shanghai the only way they know how, with Fists and feet of Fury. 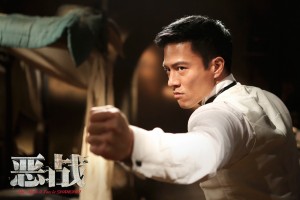 This is a tale told before with the Boxer from Shantung and Corey Yuens Hero and the aforementioned gets a nice nod and wink with the casting of Chen Kuan-Tai who played Ma in Boxer from Shantung.  Also special mention goes to the films look  which mostly black and white with splashes of colour that pop out from the screen I did very much like the styling.  In saying all this the real knockout is the action Philip Ng and Andy On bring it Fist of Fury style,or perhaps even a nod towards the Big Boss, with some great one and one fights and an epic action finale, even Sammo Hung gets a quick look in on the action.

Once Upon a Time in Shanghai will be loved by action movie fans as it brings you exactly what you want from a Yuen Woo-Ping action film with Philip Ng and Andy On showing that a new generation of kick ass is upon us lets hope that its not a Once Upon a time in Shanghai and maybe just maybe its Twice.