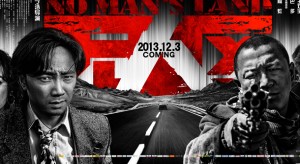 Ning Hao returns from the wilderness and enters the dessert in this western road movie akin to Mad Max but will it be a road warrior or just leave you mad. 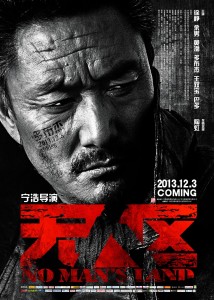 Lawyer Pan (Xu Zheng) travels to the dessert to where he succeeds in defending his client Lao (Duo Bujie) , as they talk about payment for his services Pan takes Lao's car as collateral and drives home through the Gobi dessert.  Things don't go as planned for Pan after knocking  down a poacher (Huang Bo) and thinking he's killed him sets off to try and dispose of the body.  On his travels he stops at a down and dirty pit stop that has a family that resembles something  from deliverance , a prostitute (Yu Nan) who is desperate to leave the pit stop, a couple of truckers and Lao who wants his car back.  What ensues is a race across the dessert and pan examining his own morales as he himself breaks the law to try and survive. 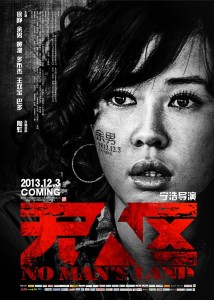 declined a release for the last 4 years (coming out in December 2013).  Alot has happened since then with the star of this vehicle Xu Zheng also star and director of the highly acclaimed 'Lost in Thailand' also starring Huang Bo.

The film is a deeply twisting film of plot twists and dark humour, and Xu Zheng has to be applauded for his performance of a lawyer that you dislike to start with, then warm to his plight and morale ambiguity.  The cinematography of this Godforsaken land is something to behold and is a fitting setting for this Mad Max/ Hitchhiker type film.  Although bleak in its out look the action scenes are peppered across the film and credit goes to Bruce Law for the car chases and stunts.

This is a little gem of a film a story and character driven, dusty, dirty, western style piece of cinema that will grab you by the throat and then won't let go until it's final climatic bloody desperate conclusion.