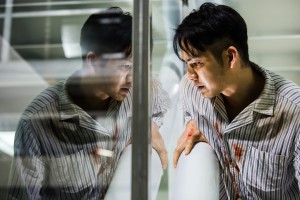 Directed by Johnnie To

Hong Kong action superstar director Johnny To returns with an all guns blazing hospital-set thriller, as a cop and surgeon face down a deadly killer and his gang.

When a cop, a wounded crime boss and a doctor are thrown together in the hustle and bustle of an emergency room, a hospital descends from a pristine sanctuary to an explosive battleground. Bullets fly in a when the crime boss’s gang turn up to try and rescue him, and the cop must prevent innocent lives from being caught in the crossfire. 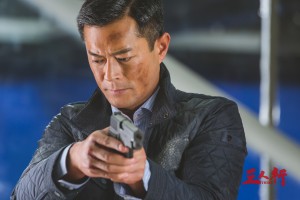 Legendary Hong Kong director Johnny To (Help!!!) can always be relied upon to deliver the goods, and THREE, featuring To collaborator Louis Koo as a Die Hard-style cop taking down a gangster (the brilliantly villainous Wallace Chung) and his minions, doesn’t disappoint. Recalling moments of John Woo’s classic Hardboiled, with a superb four minute single take when the gang take the hospital and an all guns blazing bullet ballet showdown, THREE is fast, furious trip to the emergency ward you’ll want to make.