Skip to content
Can you tell us how you got your break in the film business, how did you come to star in Tiger Cage? 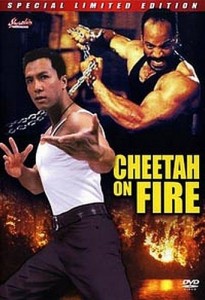 I was studying at CWRI (Donnie’s mother’s school), and hanging with Donnie. When he went to make films.  He told the director Yuen about me and they invited me to Hong Kong.
You were to have 10 years in the film business and all of these films had you kicking Donnie Yens ass, how much fun was that?
I never beat Donnie in a film fight and no it isn’t fun fighting your friend.
One of my favorite on screen fights of all time is you against Donnie Yen in Tiger Cage 2 with Donnie's hands bound in chains, that looks very physical how long does a fight like that take to shoot?
Thank you, it was so long ago. I believe it took a couple of nights, but there was no training for weeks practicing the fight. We choreographed it as we go.  Donnie is a pro, he can fight under any conditions.
It must have been tough as a foreigner at that time in the Chinese film industry I'm guessing if a 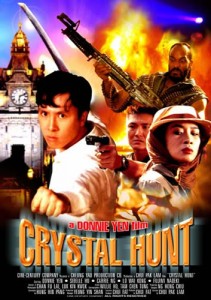 star hit you they hit you its not like today where the camera angle is taken into consideration?
No, it was not that hard. Donnie and the Yuen clan took care of me. It was hard for me to adjust to Hong Kong life coming from what I was doing in the United States.
You worked with Yuen Woo Ping on three of your films what was your experience of him as a Director?
He is an excellent director. He is very smart.
I see you were in a short film by a certain Mr Stephan Berwick, called Final Weapon, how did you get involved in that project?
Stephen was my first roommate in Hong Kong. We remained friends, so when he was doing his project, he called me. 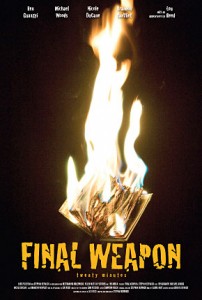 Do you have any favourite moments from your films, or memories that stand out for you?
No, there was good times and bad times.
Any plans to make a comeback, could we see Michael Woods take on Donnie Yen one more time?
There is no plan to make a comeback. However, you never know what life has in store for you. As far as fighting Donnie again, I doubt it. Donnie has moved on to bigger things and fighting bigger names.
Finally the Eastern Film Fans question is if you were on a desert island and could only take 3 films with you what would you take? (It can be any genre)
Girl with the Dragon Tattoo Trilogy.
I'd like to thank Mr Michael Woods for taking time to do this interview.
One final word from Mr Woods.
"The fans can find me on Facebook or write to me at MikeWoods8902@hotmail.com "
Tweet