Les go back awhile Scott Pilgrim vs the World were you the stunt man that jumped out the window in the apartment scene?

Yes that was me.

That's great I've been dying to get confirmation ever since I saw the stunt, thanks you, it was such a great scene.

Ok bringing you back up to date how did that come about you've been a stunt man and Stunt/fight Coordinator for a number of years so how did this lead role come about for you?

During my stunt career I started pursing acting as well and it was passion of mine and I wanted to star in an action movie and my Brother James Mark he started stunts same time I did but he started leaning towards producing, directing and writing, so we had similar goals.  So James wrote the script and he always wanted to produce his own feature so as a team we'd done many web series, commercials and shorts, so he wanted to write a feature with me in mind as the lead.  That's how it happened and I was lucky to get the opportunity and I'm very thankful to him.

What most impressed me not just yourself as a lead, the Fight Coordinator but the action sequences there defiantly felt like there was a nod to the Hong Kong action style to Kill Order, was that the intention ?

Yeah its kind of the main style, and Brad Allen who was part of the Jackie Chan Stunt Team and had the pleasure of working with him and kind of trained in that style, and we like to use alot of acrobatics, parkour and Martial Art tricks and was inspired by alot of Japanese animation so the style we were going for was that Hong Kong wire style with Super human Japanese animation style.

Its got that cross over between those elements and I really enjoyed the Forrest fight scene with alot of different styles, with supernatural element over the top of it, almost unique to what you usually see.

The camera work for the fight scene, we take a look at alot of anime stuff, we try and mimic that and for example the apartment fight there's a sword sequence where im fighting the guy with a sword and the camera is going back and forth between the performers, so that kind of stuff is a big part of our development not only choreography but how the camera is going to move between the action.

The apartment scene, the sword-fight was that a particularly long sequence, how long did it take you to finish that scene from end to end ?

About three days, its pretty quick and that includes the acting, we did it in pretty good time, with the number of gags we had with the number of people flying through walls and tables, it takes awhile to set up, but luckily we pre did all our fight scenes and we did a preliminary video of it in our rehearsal space and choose exactly what angles we want to shoot everything from then edit it and then we know exactly what shots we want to do and saves time. 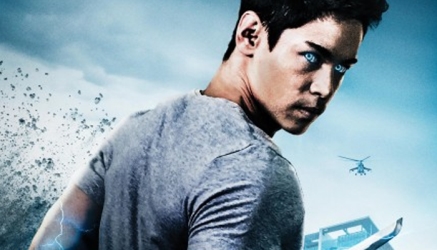 You were The lead in Kill order but also the Fight Coordinator for the feature as well, there's alot to juggle how did you find to be the challenges in that ?

Yeah, it was alot as I spent alot of time preparing the acting side as well but we also have a team of guys, Team 2X and they all help as well and test out alot of the wire stuff for me so I don't have to do the testing.  I was never in the pre-videos I was filming them and i would get someone to be me.

That what comes of having a great team around you, it is about team work, you know as a stunt performer your the ones that make it look great on screen and don't always get the accolades, kudos for giving your team credit.

Alain Moussi was in Kill order how did that come about?

Well we've known each other for so long, we also started in stunts and I've worked with Alain quite a bit over the years and he's a super talented Martial Artist and he wanted a speaking role in the film so we thought it would be good role for him and it was nice of him to come in and get a kick in the face. I kicked the kickboxer <both laugh>

The Rock, Flashpoint and Jurassic Park

Thanks Chris for taking time out today.

Thank you, thank you very much, I appreciate it.

Check out our review of Kill Order here and is available on VOD, Digital HD and DVD Tuesday, Feb. 6.