Eastern Film Fans welcomes Alexander Nevsky who has starred in Moscow Heat and Showdown in Manila to name just a few, we got a few quick fire questions in on his workout routine and his new upcoming feature film Black Rose.

Alexander, you and Matthias have become good friends and even training buddies, how did you both meet each other and is there some rivalry at the gym when you both workout? 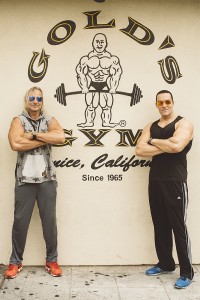 I met Matthias first time at "Arnold Schwarzenegger Classic" bodybuilding and fitness championships in Columbus, Ohio, in March 1998. I always liked him in movies because Matthias was as big as Arnold but as flexible as Van Damme at the same time. We spoke and took pictures and I asked for his advice. It was my first ever trip to the United States, I was a big celebrity in Russia already but didn't know a thing about Hollywood. Matthias said that I should pursue international career.

Next time we met in the summer 2011 when I invited Matthias to Moscow to do a free fitness seminars for kids with me. That's 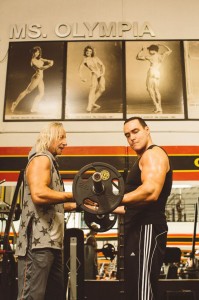 when we become a very good friends. "Black Rose" was our first movie together and we made 2 more films after that already: "Showdown in Manila" and "Maximum Impact". I spend a lot of time in Los Angeles now (my production company Hollywood Storm based here) so almost every weekend Matthias and me are working out in legendary Gold's Gym in Venice. But there is no rivalry, just mutual respect and big fan! Matthias is still in a great shape and it's a pleasure and honour to train with him! Your readers will have an opportunity to see exclusive photos and video of us working out together in The Mecca of Bodybuilding.

In the Black Rose Alexander is a good guy and Matthias is a menacing villain, why not vice versa? 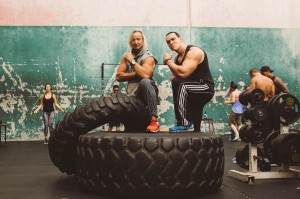 It's easy. First, I was a producer and director of Black Rose, I also created a story. So, of course, I took the main part! 🙂 And secondly, Matthias hates an idea of playing a good guy. Really! I was pushing him to accept that kind of roles in "Showdown in Manila" and "Maximum Impact" too but he refused. He is sure that his fans want him to be bad and probably he is right about it. And in "Black Rose" he is a perfect villain, you'll see! We have a big action sequence in the beginning of the movie (in the good old traditions of "Dirty Harry" films) and Matthias stole all the scenes he is in.

Finally, the Eastern Film Fans question: if you were on a desert island and could only take only 3 films with you, which one will you take? (It can be any genre).

May I invite my girlfriend Maria and bring barbell and dumbbells instead of films to that island? Just kidding! I love action movies but I also represent Russia at the Hollywood Foreign Press Association and vote for the Golden Globe Awards so I watch all comedies and dramas too. And I really like classical films, including old Soviet movies.. So it's hard for me to name just 3 but I try: "Pumping Iron" (this documentary always inspired me to workout hard, long before I become Mr. Universe), "Good Fellas" (one of my all time favourite and first Scorsese film I watched ever) and Soviet classical comedy "Irony of Fate" (which I watched about hundred times already).

Thank you to Alexander for taking time to answer our questions and Roman for the opportunity.
Tweet
Tags: Alexander Nevsky, Black Rose, Matthias Hues, Maximum Impact, Showdown in manila