Can you tell us how you got into film making was it something you always wanted to do?

I started in 1983 but started directing films in 1990 with a moment of romance. 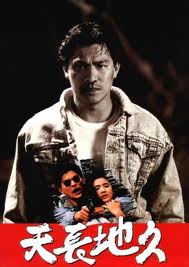 A Moment of Romance is still one of my favourite films and you got such a strong performance out of Andy lau what was it like working with Andy Lau again on Shaolin?

There is a big difference now as Andy Lau is such a big star in Asia and for Shaolin he had to do alot of his own stunts so it was a very big challenge for Andy Lau.

Invisible target was one of my favourite movies, action packed and Shaolin leans towards drama, do you think you've evolved more as a filmmaker in incorporating both action and drama with the release of Shaolin?

As a director I want to have a balance between action and drama in the movie that's what I'm trying to do, to find an equilibrium.

I finished the Eastern Film fans review of Shaolin with a Dalai Lama quote 'If you want others to be happy practise compassion, If you want to be happy, practice compassion' can you give us your take on the Zen philosophy that runs through Shaolin? 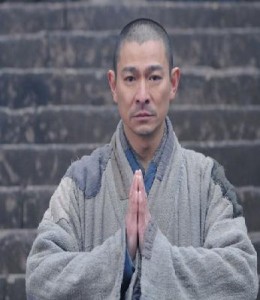 According to Andy Lau's character its like a journey of self exploring, self exploration, to understanding what you really need as a person as oppose to what you really want, to satisfy your need you can actually be very happy by understanding your real self, the self within.  Kung-fu is a metaphor for conquering your own self , because Andy Lau's character at first was a general or a lord and then turns to a monk and hes going on that journey of exploring himself,  so like a self realisation.

I hear Jackie Chan didn't give you much notice that he was available for the Shaolin shoot did you write him the part or did you have another part in mind for Jackie to play?

At the first stage I was trying to get Jackie to play the main character but Jackie was currently shooting 'Karate Kid' but Jackie said he would do something as a guest actor so I was trying to think about a role that could really help support the main characters role that was played by Andy. So the main character itself was a very unhappy man, so in order to mirror that I created a role that was a very happy monk someone that was truly opposite to Andy's character, that can only be truly satisfied from just eating a bun or getting water.  So the few days that Jackie gave me was to create that character in order to make that new character complete.  (Bey Logan: Jackie had one week to shoot that part, a pretty righteous week!)

New Police Story is a great film and really gave Jackie Chan, in my opinion , a career defining movie in terms of 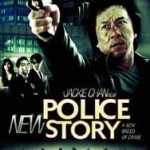 drama; you've brought something out of Jackie and all your films you've worked togther on (Who am I, New Police Story, Rob-B-Hood and now Shaolin) any future plans to do something together? 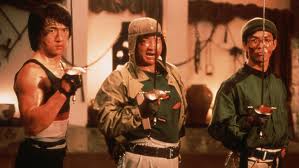 Any chance you can ask Jackie if we can see the three brothers back on screen, reuniting him with Sammo Hung and Yuen Biao?

(Bey Logan said he's been trying for years and obviously Rob-B-Hood was going to be that project, but one day!)

So what's next for Benny Chan?

A big action Movie in Hong Kong, I've done so many movies in China and I want to shoot a great Hong Kong action movie.

Batman - The Dark knight, Titanic and The godfather

So you heard it hear first the next Benny Chan action movie will be set on the mean streets of Hong Kong, in a boat, with Sammo Hung saying those immortal words, "I'm gonna make him an offer he can't refuse"  (could happen!)