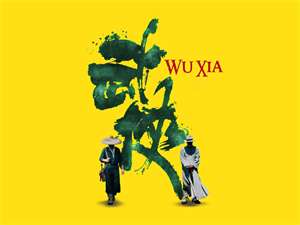 Donnie yen stars in Peter Chan's modern take on an old classic infusing Sherlock Holmes and The One Armed Swordsman but will you be riveted to this Martial arts adventure about a wu (Armed) xia (Hero).

The story starts with us seeing how Liu Jinxi (Donnie Yen) lives his life with his wife Yu (Tang Wei) and their two sons.  He lives a simple life as a paper maker in the quiet tranquil surroundings of their village.  The peace and tranquility are broken one morning when two bandits threaten to rob the store in which Liu is working.  Liu fights the bandits and with what seems to be luck kills both and so becomes the local hero overnight. 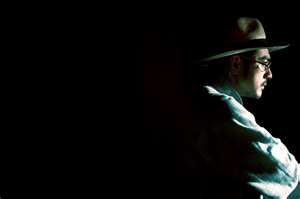 A detective comes to town Xu Baijiu (Takeshi Kaneshiro) to investigate the crime and using his scientific and human biology skills starts to piece together what exactly happened at the local store.  Is there more than meets the eye to the unassuming Liu Jinxi or has Xu Baijiu's self obsessed drive to find the truth clouded his judgement of the case.

I won't spoil the twists and turns that this thriller provides, and yes this is more of a thriller than an action film, with the action used at pivotal points to drive the film.  This is indeed one fine movie, I could use a word not often spoken in film genre's but 'a masterpiece' wouldn't be far from the truth.  So what makes this stand out? The performance for one, with Donnie Yen again giving an extraordinary performance as a humble man that may hide something less than heroic under his calm demeanor. 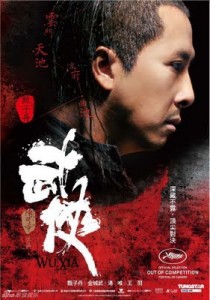 Also worth a mention is Takeshi Kaneshiro performance as Xu who delivers a quirky take on a Chinese detective and brings depth to his character.  The opening scenes set out the story well with Liu and family shown in a calm and serene village beautifully captured on film and its draws you into the world and then grabs your attention when violence erupts.

The action, well the action is peppered throughout the story but when it does occur it is brutal, with peter Chan giving you shots that show how a punch or kick can damage you internally with shots of blood clots, heart stopping and generally adding to the brutality of each and every blow that is dealt.  This just adds to the fight scenes and gives them a real sense of danger.

Jimmy Wang Yu, yes hes back and boy does he just steal the show with his portrayal of a father who is less than sympathetic to his sons needs, that's putting it nicely, he's a compete bastard !  Yes Yu v Yen is on and it doesn't get anymore brutal than this with pure hatred oozing from every frame, worth the price of admission just for Jimmy's villainous turn.

You'll be hard pushed to find a better film this year with Peter Chan's Wu Xia being a masterpiece.  Strong words, but in my opinion justified and probably both Peter Chan's and Donnie Yen's best work to date.  So grab a slice of the action and enjoy a movie that will deliver on its promise of a wuxia hero.