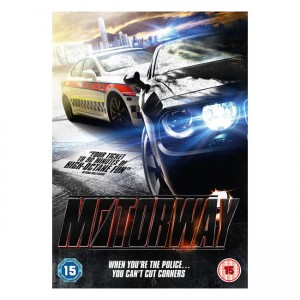 Synopsis: In what’s been described as Hong Kong’s answer to Nicholas Winding Refn’s Drive, an impetuous rookie cop spends his days poised by the side of the road ready to pursue reckless, speeding drivers in their souped up cars. Ever determined to get his mark, even if they drive more powerful cars than his own customised Audi A4, Chan Cheung works on his own vehicle through the night ever fine-tuning his engine to give him that all-important extra edge.

But he soon meets his match in Jiang Xin, a crack escape driver with a penchant to rev up a literal smokescreen, and then manoeuvring an extreme drift technique to rotate the car while stationery. Can Chan Cheung also master the technique in order to get his man, and will his reticent, veteran partner deliver some well-needed wisdom to help the eager rookie in his quest.

To WIN one of three copies just tell us your favourite Anthony Wong film?

Send your entries to econdor@easternfilmfans@co.uk