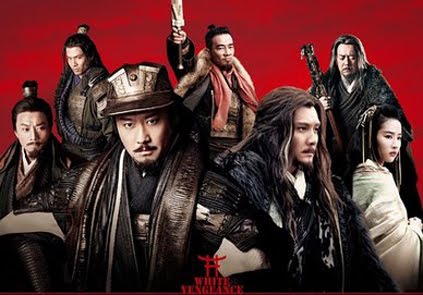 Daniel Lee brings us the story of the Hongmen Banquet and you'd be wise to study your history for this famous historical event but will this film feed your entertainment needs?

Generals Xiang Yu ( Sahofeng Fen) and Liu Bang (Leon Lai) fight together to destroy the Qin Dynasty and bring about a new era but in doing so they both decide that they must become the New Emperor of China. 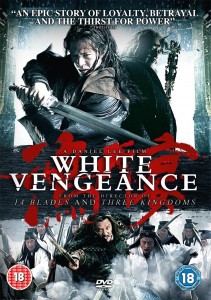 With both men seeking power they have at their sides strategists, Xiang Yu has counsellor Fan Zeng (Anthony Wong) and Liu Bang has Zhang Liang ( Zang Hanyu), who will plot how the battle will play out through a series of events depicted at the Banquet.

These events are misguidance, double talking and then what turns out to be a very entertaining game of GO, which just has to be seen to be believed.  After all the huff and puff and double bluff it all transcends into war and the fight is taken to the battlefield where to the victor goes the spoils.

First up there are some, great performances with Jordan Chan really getting a meaty role to Andy On as General Han.  The stand-out performance though has to be Zhang Hanyu who pits his wits against them all with his chess Grand master type wizardry.

The action is good and is there to show you the outcomes of the strategists decisions as the story unfolds.   The film does take you on a journey and people unfamiliar with the events of the Hongmen Banquet will need to have a little more patience.  In saying that White Vengeance is still a grade above alot of the run of the mill epic war movies of recent times.

So with a strong cast and some key performances I was defiantly entertained by Daniel Lees Epic and if you can stick with the twists and turns then I believe you too can be entertained so 'GO' grab yourself a slice of the action.