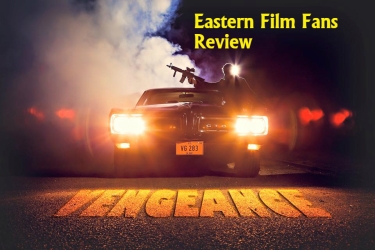 When ex-Special Forces soldier turned professional mercenary, John Gold (Stu Bennett), hears that his former best friend Corporal Dan Mason (Kevin Leslie), and Dan’s parents have been murdered, he heads to their home-town to find their killers. Gold discovers that Dan and his father were investigating a Special Forces troop led by the enigmatic, highly decorated Sergeant Hatcher (Gary Daniels), that went rogue in Afghanistan. 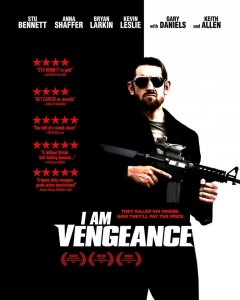 Vengeance is a Brit flick that kicks ass, Stu Bennett gets his teeth into the role as brooding ex-special forces solider and he really does light up the screen as he dispatches the bad guys one by one.

A story first and foremost its got a stella cast with Bryan Larkin chewing up the screen and Anna Schaffer providing some lighter moments that work well and bring shades of light into the darkness. 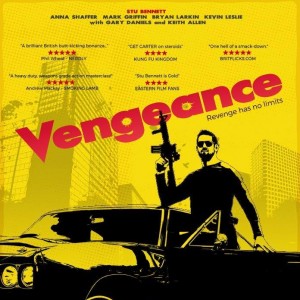 Martial Arts prowess and as usual lights up the silver screen, and its noted that he does so with a rather fetching mustache!  The outcome being the same with or without it, as he goes one on one with Gold for the films finale that does not disappoint.

This really is commando on steroids, a rip roaring ride into vengeance, just the type of movie we love with a Get Carter, The Punisher vibe that really hits the spot, Stu Bennett is Gold in more ways than one, with his transformation into a bonafide action hero. Vengeance is destined to become a British classic.

ACTORS in and around the Merseyside area... I am now offering Screen Fighting 121/Small Group Sessions. Perfect addition to your ever growing CV . Interested drop me a DM or Call 07986983377 x pic.twitter.com/zeDa…

Check out the stunning release from @ArrowFilmsVideo with artwork to die for by the talented Mr @studiotstella its a thing of beauty - Survivor Ballads: Three Films by Shohei Imamura Blu Ray Disc Special Edition easternfilmfans.co.u… #Bluray pic.twitter.com/7fWr…