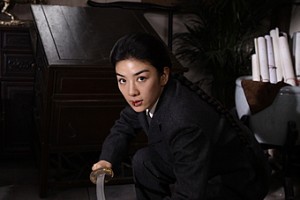 Herman Yau brings us a historical account of a woman who dared to be different and to encourage and fight for change within the Qing Dynasty.  So will you think this film deserves to be knighted or will it mirror other biopics and fade into mediocrity. 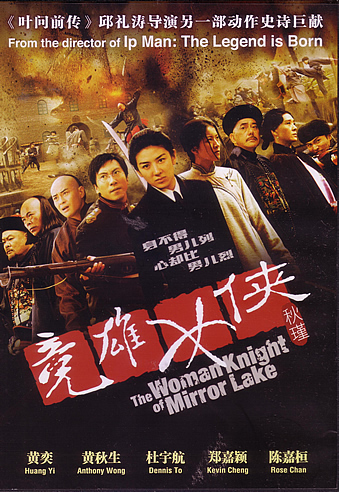 The story starts in the 1880's with Qiu Jin (Haung Yi) starting as she means to go on by refusing to fit into the role of the woman and taking every opportunity to become respected as a person regardless of gender, this is shown with a series of flashbacks growing up, until we see her grown and now heading up a revolutionary group in college.

This sets up a confrontation with Qing officials who send in troops to destroy the revolutionaries and Qiu Yin is captured.  What happens now is the film flashes back and forth between two time periods. Firstly before her capture and her life married and events leading up to it with Qiu Yin and Xu Xilin (Dennis To) leading the revolution against the Qing Dynasty and how they intend to destroy the dictatorship.

Secondly after her capture and her dealings with Li Zhongyue (Anthony Wong) who has admiration for Qiu Yin and her writings and also the officials Gui Fu (Lam Suet) and company who wish to destroy her and her work, but not before they find out, by any means necessary, the other revolutionaries and their plans.

Herman Yau has treated us to something which is epic in its storytelling and has enough flashes of action to keep any action junkie happy.  Weaving the story between the two periods of Qiu Yin's life really sets up the tension and builds it up to a crescendo in the final third.

Some strong performances here with Haung Yi (who was also in Herman Yau's The legend is born) being the stand out performance bringing an array of emotions to such a strong character who is pivotal to every scene.

Something that is quiet rare these days is the fact that the story drives the movie and the action is peppered around it not detracting from the story but evolving it.

The Woman Knight of Mirror lake is a great achievement and must rate as one of Herman Yau's greatest recent films. The storytelling drives the film and asks questions of you and how your belief in something can make a difference.  Much like a pebble thrown in in a lake will make a ripple, that ripple can have a longer lasting effect in years to come.