Welcome to my review of The martial Arts show live which took place at the NEC Birmingham May 7th & 8th May 2011.

I was fortunate to attend Saturday and felt like a big kid as I set out for the show.  On arrival I was amazed, fifteen minutes before the doors were due to open and queues were substantial, and that was just the queue to pick up my ticket.  As doors opened there was a nice touch for VIP guests with their own entrance, saved a few minutes getting in!

Once indoors it took a good hour just to wonder around and see everything, by the time I'd checked the itinerary I caught my first demo.  Sean Rawcliffe produced a fine Wing Chun demonstration, did I mention he was blindfolded, as he showed off how intuitive the style is.  From here on in I would see some fine demonstrations before being caught up in Gok Wans fashion show. 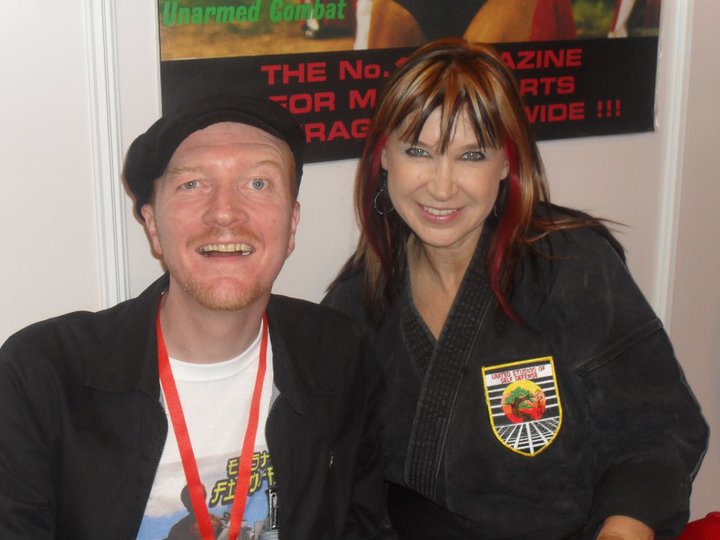 The highlight of the show for me was the Q&A sessions with some of the stars and first up was Cynthia Rothrock.  Excited and lucky enough to be next to the stage Cynthia was a pleasure to listen to.  The questions were then opened to the floor and I grabbed my chance to ask "Theres a big difference between making American movies and Eastern Films how demanding were the fight scenes to shoot on the eastern films compared to American films?"  Cynthia replied "When I did the American Movies they were so much easier because the fighting wasn't so intra-cut Hong Kong  movies there's so alot more to it , so much more danger" She also mentioned that fight scenes in Hong Kong movies would take up to a month to shoot but in an American movie it can take an hour.  It was great to put a question out there and it was great to hear that Cynthia will be returning to the big screen with one of the shows presenters Zara Phythian, a British Martial Artist/Actress, in a horror film called 'Friday's Child'  and I'm sure when The Martail Arts Show Live dvd comes out you'll get a much more in-depth insight into this legendary woman. 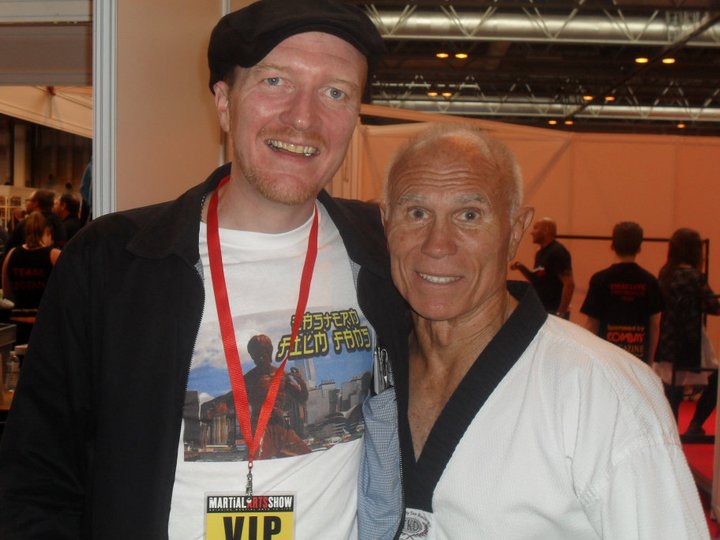 Next up was a Q&A with Bill 'Superfoot' Wallace and Joe Lewis, originally separate sessions but due to the chemistry and years of seminars it was clear that having both on stage was a master stroke.  They both told stories and bounced off one another with almost childish qualities that the crowd really enjoyed.   There was several exchanges of stories between the two of them and Bill mentioned that fighting Joe was always tough due to his sheer power and this would rock you to the very core in Bill's words "Iv'e sparred with Joe several hundreds of times never ever ever ever ever ever ever ever ever enjoyed it".  This banter was constant between the two of them as they poked fun at each other and amused the crowd with stories that they have probably told a million times and yet they told them as if it was the first time.  This was a stand-out moment with two of the greatest Karate champions giving an insight into their own experiences and was delivered with such a 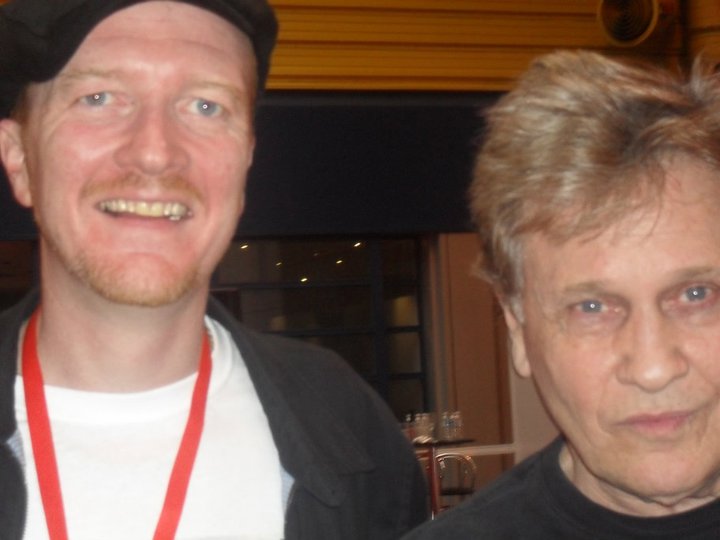 sense of fun and warmth it was a pleasure just to listen to the banter.

The pictures were taken at the show and Joe Lewis was pleased to meet me although the picture opposite isn't the best!  Bill Wallace pictured above was funny even for the photo when I asked if I could get a picture I shook his hand and he did a double take as he saw how tall I was, funny and what a gentleman he was.

The Shaolin Warriors direct from Beijing were also on show giving us a taste of their breathtaking European tour show and I'd urge everyone to book a ticket based on the performance they gave at The Martial Arts Show Live.

The show came to a close far to quickly and it was a shame that I couldn't do both days,  I left with a spring in my step and a few life long ambitions realised.

I'd like to that kowklyn Wan for his hospitality and to his TMAS team that put together what would have been a huge logistical operation to get everything ready and the smooth running of the show.

Check out the You Tube Trailer is that me on 1.40 secs I think it is.