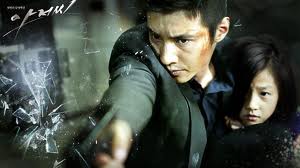 The Man from Nowhere - Review

The story is a straight forward one, Tae-Sik (Bin Won) who is a retired government agent 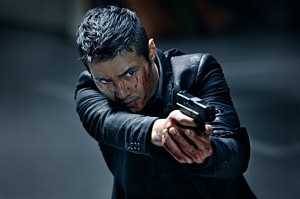 with a past, who now runs a pawn shop and leads the quiet life.  His only real contact with the outside world is a little girl So-Mi (Sae-ron Kim) when she is kidnapped by a gang who sell her to organ traffickers Tae-Sik has to put his quiet life behind him and hunt down the kidnappers.  With a detective chasing him and the clck ticking will he be able to save So-Mi before its too late. 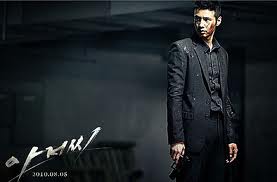 As I said before this has a strong likeness to Taken and a pinch of man on Fire, its a great action yarn with some strong performances from the cast.  Thanayong Wongtrakul plays the hired hitman who takes great pride in his work and sees Tae-Sik as a worthy adversary; he gives a fine performance and adds a real sense of danger to proceedings.

The action is very well choreographed and gets very up close and personnel with a knife fight in the climatic battle, its brutal and unrelenting as Tae-Sik takes on the gang armed with a pistol then a blade until finally coming face to face with the hitman.

I loved this movie, it has a certain style and the story is driven well by Bin Won you really care what happens to him and watch his journey unfolded in front of you to save the girl.

Recommended then, hell yes, its the kind of action film that stays with you, as the blood flies in a stylish rainbow of painted reds that splash the viewer.  The man from Nowhere, deserves to be somewhere in your collection.