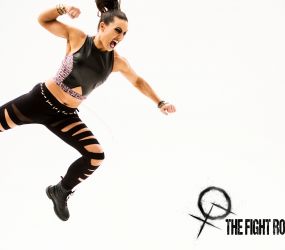 'The Fight Room' is a web or television series about a group of kidnapped female fighters trapped in an underground bunker and blackmailed into fighting each other for an unknown group of voyeurs via the internet. It is an action/thriller with a sci-fi feel, and has been compared by SyFy UK to 'The Hunger Games' with the mystery elements of 'Saw'. In addition we have a full series outline to show how the series unravels - with action sequences in every episodes, but with varied intention. Our heroine's journey to discover where she is, who has captured her and why and finding her means to escape - is compelling and gripping.

Check out the Trailer below

The Fight Room Trailer from Emily Corcoran on Vimeo.