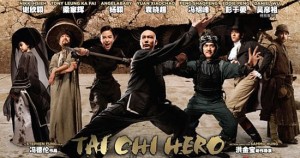 Tai Chi Hero Starts from where Zero left off with our Hero Yang Lu-Chan (Jayden Chan) about to marry Chen Yu-Niang (Angelababy), but can this film take our Hero to the next level or will it be game over. 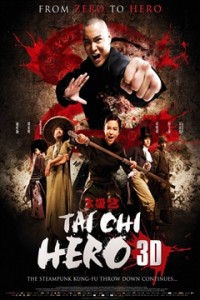 Our Hero Yang is still not yet the the master of the Chen style Kung Fu and to do so must blend his Yang with Ying to become the Ultimate fighter.  Master Chen (Tony Leung) has told Chen Yu-Niang that the only way that Yang will become one with himself and the martial Arts is for them to become as one (Subtle!) and then and only then will Yang know the true meaning of Ying and Yang and therefore become the Ultimate martial Artist.

In the meantime Fang Ji-Zing (Eddie Peng) wants to take revenge on the village and destroy it and so brings cannons and an army to take out Chen Village and its master.

Will our hero Yang be able to become the ultimate Martial Arts master in time to save the village from destruction, well that would be telling 😉

Tai Chi Hero is more of the same but with a focus on the journey of  Yang and Wife as they try to connect.  Theres less Pop culture in this one and more story telling, again you say, well yes and although i enjoyed this half of the proposed trilogy slightly more than the latter, in essence the final of two films I still wanted it to break out and give us even more action than the previous instalment. 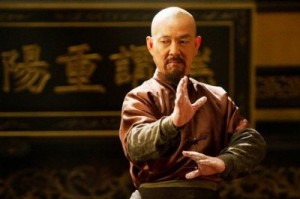 Li (Yuen Biao).  This is the highlight of the film with Yuen Biao looking great with action director Sammo Hung pulling no punches the stand out final fight scene.

So Tai Chi Hero finishes on some what of a high with the ending eluding to something more deadly for a third and final chapter but closing the story of The Freaks journey.

Tai Chi Zero and Hero wont be to everyone's tastes but its certainly wetted my appetite for more and if they can inject a little more heart into the next film then perhaps they can achieve a trilogy that will be both Ying and Yang but could go out with a Bang.