Welcome back to our latest updates this time we've snared Kat Clatworthy Actress & Producer on forthcoming Scarlett Cross : Agents of D E A T H and also set to star alongside Cynthia Rothrock.  It's turning out to be a wonderful year for Kat but what else can we find out from Kat and forthcoming events.

Eastern Film fans caught up with Kat and found out the latest is on Scarlett Cross and Life.

Kat has a background in The Royal Air force as an intelligence Analyst, The Gwent police force, worked at the London Olympics, as a Bodyguard, and currently working as a Personal Trainer, Model, Actress and Film producer.  Phew its quite a CV

Kat great to catch up with you whats going on with you, films and life? 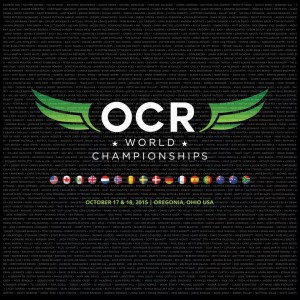 How did that come about?

My OCR life began when my sister, Claire McAndrew (who has also qualified for the OCR World Championships and participated in Ninja Warrior UK) and I both ran our first obstacle race, the Dirty Dozen OCR to raise funds for the Parkinsons charity for a dear friend of ours.

Claire and her partner, Keith McAndrew (also an OCRWC qualifier) then continued running OCR competing in many races over the following 18 months, progressing and getting better and better at the sport.

As they raced so many they became familiar within the OCR family and earned free passes and discounts to races. I was given one of their free places into the Reebok sponsored Spartan OCR (only my second ever race) which resulted in me qualifying for the World Championships. I hadn't planned it and I would never have thought I'd have this honour! 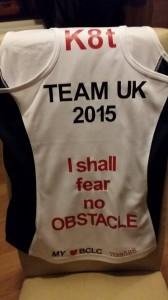 Up against competitors that have been racing since OCR began years ago who already have sponsors to get them there, I'm just a local girl who, having previously lost everything including my home after becoming a single parent & having to give up my career, has finally bounced back, and so quickly become known for this sport.

I am racing for my country and sporting a charity close to my heart... BCLC... the Bethlehem Church Life Centre. They support local families in hardship, & I was one of them! Over the past 18 months they have helped me back on my feet and literally changed life for myself and my 5 year old son, JJ.

BCLC have now employed me part-time as their Community Connector and Personal Trainer at their Life Centre in Cefn Cribwr. Whilst I strive to inspire anyone and everyone to grow and develop, I also specialise in training others suffering illness, injury, medical conditions, mental health problems and other ailments. I help bring them back to health and fitness, which is testament to how changing their lives ultimately leads to them having a better quality of life.

I am doing this despite having a terminally ill father and a health condition of my own which is currently undiagnosed and am having to do ongoing tests to find out a prognosis. 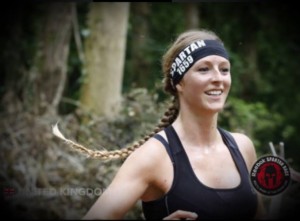 It's my hard-trained-for level of fitness, my determination, my love for my country, and my love of people, that is going to determine my success... and this is why I have achieved all that I have so far.

Little by little I am conquering my aims, however big or small, and helping as many people as I can along the way. For the World Championships I am seeking sponsors to raise money not only to support the trip but to help give back to BCLC charity that has helped so much (I am hoping to set up a "Just Giving" page next for BCLC).

Currently you have a few projects in the pipeline Scarlet Cross and Bitch fight what's the latest ?

It seems that finally my dreams are all coming true. The latest of my film career news is that I am teamed up with a fantastic film writer/Director, Dean Meadows, I am currently lead actress and producer of an all female Martial Arts (Assassin) film, Scarlett Cross, that is being filmed right here in good old South Wales itself and distributed world wide... I am also set next year to star alongside my childhood hero's, Cynthia Rothrock and Max Thayer, in another Martial Arts cast film.