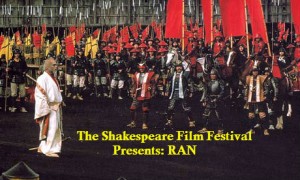 Directed when he was 75, Kurosawa's last major film is an impressively staged period drama based on King Lear and a parable about the Japanese warlord Mori Motonari.

With powerful images, use of colour and Oscar-winning costume design, the film is a dazzling epic containing one of the most enthralling battle sequences ever filmed. A glorious achievement. 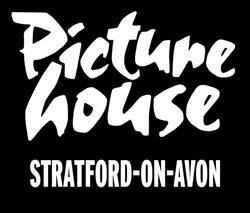 About the Shakespeare Film Festival:

The second Shakespeare Film Festival will take place in Stratford-upon-Avon in October. The Shakespeare Birthplace Trust and Picturehouse are working together to bring you an exciting programme of films and events, celebrating classics and giving new films a chance to shine.

A few words from Kenneth Branagh, Patron of the Festival:

“I am pleased to be patron of The Shakespeare Birthplace Trust Shakespeare Film Festival. The works of the world's greatest playwright have featured on the screen in many and varied ways. This annual celebration of Shakespeare films is not only a wonderful opportunity to look back at landmark productions, but also to nurture new filmmaking talent and explore fresh ways of translating his work to the screen. I wish it every success.”