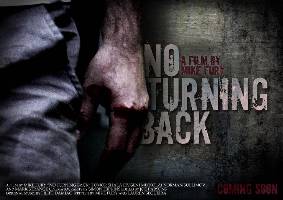 No Turning Back - A Mike Fury Film

The artwork for the forthcoming action short, No Turning Back, has recently been released online. The film marks the directorial debut of action choreographer and film journalist, Mike Fury.

No Turning Back is reported to be an action drama which follows a Martial Arts instructor who fights back against gangsters who kidnap his son. Featured in the cast is British Martial Arts actor, Mark Strange (12, Best Laid Plans, The Medallion).

As a journalist, Mike Fury has written for magazines including Martial Arts Illustrated, Impact and Combat and contributed to the book “Enter the Fat Dragon: The Life & Films of Sammo Hung”. As an action choreographer, he most recently completed work on Confine, a forthcoming British thriller starring fashion model Daisy Lowe and Alfie Allen (Game of Thrones).

The film is currently in post-production. For more information visit www.mikefury.net
Tweet