Eastern Film Fans welcomes Mr Matthias Hues to our quick fire question round. The mountain of a man can be seen in some of our favourite films No Retreat No Surrender 2 and Dark Angel and soon to be in the up and coming film Black Rose with Alexander Nevsky.

Mathias being huge fans of your work as an actor have you got any stories from the set of No Retreat No Surrender 2 with Cynthia and Loren? 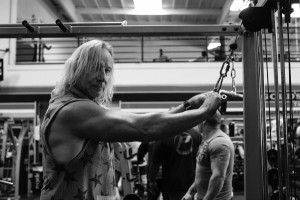 Hello my dear movie friends. Yes of course, so many nice stories really. I was so excited when Alexander told me he is about to hire Cynthia and Don for "Showdown in Manila", two people I worked with prior and who I love and respect on all levels. Cynthia now almost 30 years later is an identical copy of herself from "No Retreat No Surrender 2". I was pinching myself in the jungle trying to remind myself I didn't jump back in time while walking through jungle paths together. I missed Loren of course but he was with us in spirit. Cynthia can kick ass, let me tell you. Still spunky and adventures as always she is never shy of accepting any challenges. She truly made me fell young again

Once again we see you as a menacing villain in Black Rose, what drew you to the part as an actor?

Black Rose, well it was my suggestion to him while sitting together in Beverly Hills Great Havana Cigar club. 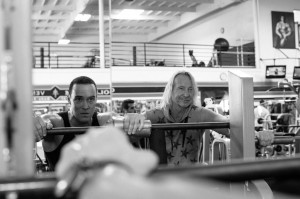 We just finished smoking cigars and Arnold walked in. It inspired me to the conversation we had that day that I believe if he does another action movie he would need an adversary that is truly giving him a run for his money.
I mean someone that ones you beat him the audience will believe, ok this guy is for real. So we hatched out the idea of me and him opening the movie that way. I believe you will get the idea when you will see the movie !
We were kicking ass!

You keep in shape, I hear you and Alexander have become good friends and even training partners is there some rivalry at the gym when you both workout 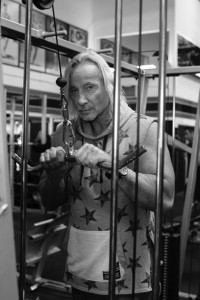 Alexander, like Arnold and myself are very physical actors who need to always make sure it looks realistic when we head out and lay out our action arsenal of making it BIG. So yes this is how it all started.

That is a very good question, funny one. Well I sort of spend a lot of time on an tropical island, several month at a time and let me tell you, the only DVD in my suitcase is "Dark Angel". I watch it over and over again, pause it and stare at it, scene by scene. Ok so its only somewhat true. I usually have a DVD of it, yes but only to give it away to some special people I meet on the way. Personally sign it and make someone happy. But I recently ran out of DVD'S and to come back to your question answered truly, yes one would be Dark Angel as till today it is my favourite movie, simply because it keeps reminding me of how it all begun and second I would take with me, Lethal Weapon and  The Godfather.

Thank you for being such amazing fans and keep watching so I can keep kicking high.