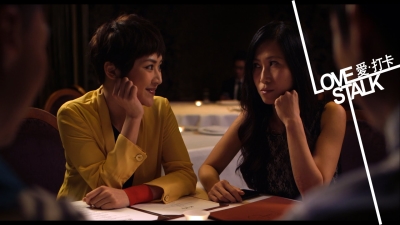 Love Stalk is a modern day romance that entwines both online dating and social interaction but will you stalk this feature ?

Sharon is a fast-rising marketing executive from Singapore searching for love in Hong Kong, who may have found her dream guy - but as she chases after him online and in person, Sharon quickly finds out the dangers of stalking a secret crush. 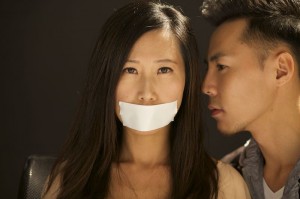 Sharon (Angie Palmer, is a high flying executive but her love life is lousy with her best friend Joan (Dada Lo) seems to have men on tap but it doesn't come so easy for Sharon.  One day a chance encounter with Ryan (Roman Pak) sends Sharon into a woman obsessed in finding out everything she can about Ryan online until they finally meet face to face. With her high flying career and a man in her life, what else could possibly go wrong, Sharon is about to find out that stalking your love can reveal more than meets the eye will she find love on the internet, or something else ?

Love stalk is from director Joe Fiorello who in 2013 directed Love stalk as short film, it wasn't something I'd 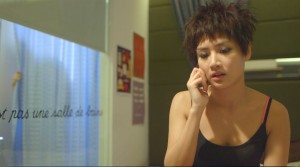 seen or you need to, to watch this full length feature, what you do get is a modern romance through technology set in the wonderful Hong Kong which really does add vibrancy to the whole film with its stunning neon lights set against Hong Kong at night. 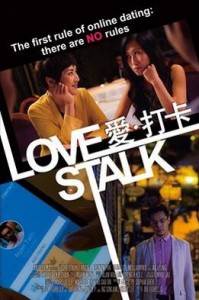 Love Stalk takes an interesting turn towards the end of the film which lifts it from a romantic drama to a thriller and its a welcome turn in the tale of finding true love online.  Angie Palmer who plays Sharon, the high flying executive, really does nail the role and supporting roles by Roman Pak and Dada Lo really do add gravitas to the feature.