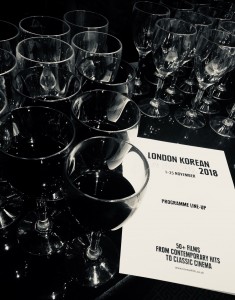 Launching its 13th edition today, the London Korean Film Festival (LKFF) announced its full programme of films and events. Running from 1- 14 November in London before taking highlights around the country with its annual UK Tour, the festival will feature an in-depth special focus entitled A Slice of Everyday Life, along with an exciting mix of UK and International premieres, guests and events across a diverse set of strands; Cinema Now, Women's Voices, Indie Firepower, Contemporary Classics, Artists Video, Animation and Shorts. 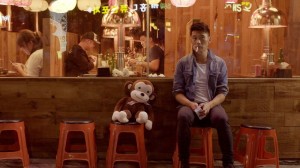 Korea is regularly in the world news cycle of late due to some tense international political machinations. This year’s festival moves from this global outlook to an intimate view of the dayto-day lives and struggles of the people of the country on the ground. The 13th London Korean Film Festival proudly presents a programme that incorporates and engages with many of the topical conversations taking place in society today, through the international language of cinema.

This year’s Special Focus: A Slice of Everyday Life aims to escape the overtly dramatic to uncover the profundity found in the day-to-day, showing that skilled filmmaking can reveal the significant emotional moments that affect all our lives. This type of cinema is not unfamiliar to UK audiences with the country’s celebrated history of social realist film, in particular the ‘kitchen sink’ dramas of Ken Loach (Poor Cow, Kes) and Mike Leigh (High Hopes, Secrets and Lies) offering insight into the social and political conditions of the country through the lives of its working class. East Asia offers its own examples, particularly in Japan where the famed framing of Yasujiro Ozu (Tokyo Story, An Autumn Afternoon) expertly captured the charm, humour, tensions and the very essence of typical Japanese life. More recently, Cannes regular Kore’eda Hirokazu has mined the emotion of the everyday, and his quieter films which more closely follow the minutiae of the day-to-day (Still Walking, Nobody Knows) are arguably more successful than his more overtly melodramatic works. With A Slice of Everyday Life, the LKFF will offer up exemplary works from Korea, showcasing a range of life experiences and the power found within them.

Check out more information below:

@TheMikeFury dam wish they had edit on here *BOOK

@TheMikeFury Yes I will thank you, its a beautiful looking back 😍