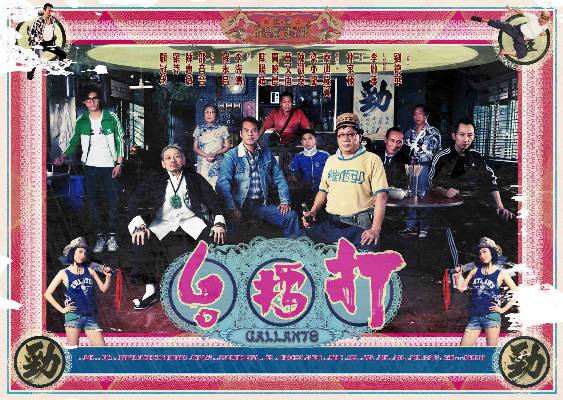 The Gallants was the winner of the 30th Annual Hong Kong Awards Best Film but will it win your heart.

Wong Yau-Nam plays Cheung a guy who has more misfortune than most and is sent to by his real estate boss to collect the lease on the property owned by martial artists Dragon (Chen Kuan-Tai) and Tiger (Leung Siu-Lung) who have been looking after the teahouse, formally a martial arts dojo called 'The gate of Law', for their Sifu Master Law (Teddy Robin).

After Tiger saves Cheung from a group of thugs he is desperate for Tiger to teach him Kung-Fu and sticks around the teahouse in the hope that Dragon or Tiger will take him as a student and maybe turn his misfortunes around.

To add to matters the person that own the land is a former class mate of Cheung's that he used to beat up at school and he in turn studies under Master Pong (Chan Wai Man) who also has his eyes on 'The gate of law'.

Throw in some mild love interest between Cheung and Kwai (Jia Xio Chen) and master Pong inviting them to fight in his up and coming tournament and you've got the story for the Gallants right there. 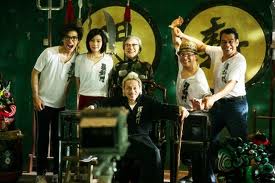 You can't help but love this film, the nods towards yesteryear are there for all to see,with The Shaw Brothers veterans out in force, and the way that each character is presented by Zooming in to a freeze frame and announcing the character on screen, its a classic I loved it.  I also loved the use of occasional overlaying of comic illustration that showed the impact of a particular kick or punch to define the impact of the blow to the opponent.

Credit also goes to the cast Teddy Robin really being the key to the whole assembler, its his comic timing and delivery that really stands out but all credit to Kwok and Cheng for getting this picture made with a little help along the way by a certain Andy lau. 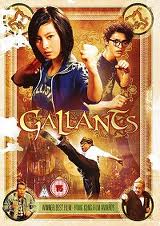 So did it deserve best film, without question it did, these Gems don't surface very often but when they do they certainly are something to enjoy.  You could throw a tag line at this film and say its Cocoon Kung-Fu and to be fair you wouldn't be far from the truth. there's some old school Martial Arts delivered in a grounded and yet entertaining way with a set of morales running through the entire film right up until the final showdown.

MVM entertainment are releasing this and I would strongly recommend you grab a copy.  Its old school entertainment for the new generation and what lies within it is a heart of gold with a fist of iron.