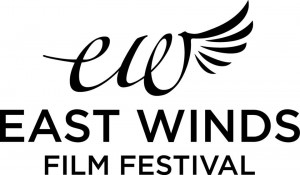 The annual East Winds Film Festival returns this autumn to Coventry University for its third year, even bigger and better than before. Join us for the only major film festival of East Asian cinema outside of London and the first of its kind in the Midlands. A unique Film Festival delivered by students of the award winning Coventry East Asian Film Society, in partnership with official festival sponsor Nissan.

With 4 International Premieres, 4 European Premieres and 4 UK premieres screened over 4 days; be the first to see major blockbuster releases from East Asia at the purpose built digital cinema facility at the HUB Coventry. This year’s event will commence with a special ‘East Winds Chills’ strand on Halloween Night, with an exclusive double bill of Horror films from Asia. Exclusive special guests from the East Asian Film industry will be flying into Coventry to introduce their films, take part in Q&A sessions, and mingle with the audience.

East Winds Film Festival is delighted to present the opening night presentation on Friday 1st November of ONCE UPON A TIME IN VIETNAM.

The European Premiere of the most anticipated movie in Vietnam and across Asia this year, the epic martial arts sci-fi fantasy ‘Once Upon a Time in Vietnam’ directed by and starring Dustin Nguyen.  A passion project for Nguyen for many years, the film offers a unique blend of swordplay, super powered martial arts and science fiction imagery, and is a landmark production in Vietnamese cinema, in terms of scale and production values. The film rights have already been sold all over the world, and the film has recently been picked up by Lionsgate for a US release later this year.

“… Once upon a time, foreign invaders came from distant lands to conquer our beloved country. Time and time again, they’re exorcized by the most elite of the monk-hood. The elite of the elite of these were known as The Masters. When peace was restored, some of their Brothers returned to the sanctity of The Temple. But the Masters stayed behind, bound by an oath to protect the Emperor. Some say they were forced to make the ultimate sacrifice for their country. But ask those who have been to battles, once your eyes have seen war, there is no returning home”

Full schedule of films and announcements on guests will be released over the coming weeks.

For details on film schedule and tickets please visit www.eastwindsfilmfest.com

Or sign up to the CUEAFS newsletter for exclusive updates

Tweet
Tags: CUEAFS, East Winds, Once upon a time in vietnam, The Lady Assassin