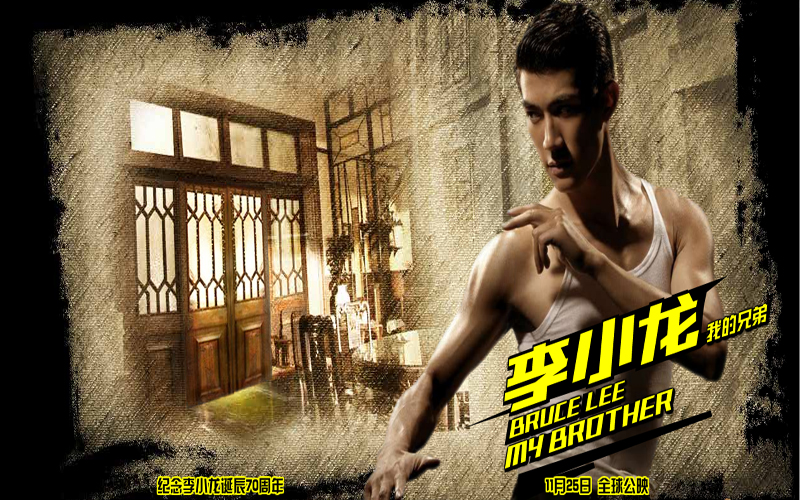 Will this Biopic have you leaping from your chair in a banshee kind of Bruce Lee wail or will you be left concentrating on the finger and miss all that heavenly glory, so what's the story?

We first see Bruce Lee being born in San Francisco 1940 while his father Opera star Lee Hoi-chuen (Tony Leung ) and his wife Grace Ho (Christy Chung) were on tour with his troupe.  They then shortly return to Hong Kong and live through the Japanese take over in 1941.  Several years later Bruce's brother is born Robert and Bruce grows up as a wild child fighing on the streets with another friend Unicorn Chan ( Au-Yeung Jin).  Then we move to 1950 where we see Bruce Lee take up his stage name Lee Siu-lung (Little Dragon Lee) and he gets a role in 'The Kid' and spends the next few years acting and becomes a teenage star.  Finally after accepting a boxing challenge Bruce Lee decides to study Wing Chun and a final climatic fight draws things to a close. 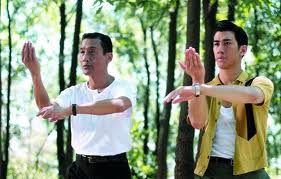 I know what your thinking this isn't really telling us anything we didn't  already know and this is true, there is nothing much that any Bruce lee  fan doesn't know but for the uninitiated then it does capture the part of  Bruce  lee's life that many people may not be aware of from his brother,  Robert  lee's point of view.

Entertainment wise here lies the problem, seeing a teenage Bruce lee get  into a few scuffles and I'll warn you now you don't get to see him fight as  such until the final act and it doesn't really present Bruce Lee in the light that we all  knew him.  Its not to say that we want to see an evolution from his street fighting days into the powerhouse he was to become but as to the entertainment value you feel a tad let down. 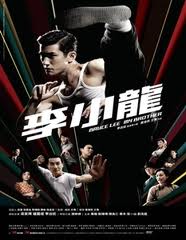 Ok that's the downside out of the way, on a positive note there is still much to enjoy with the 1950's never looking so good and this is beautifully shot.  I also think Aarif lee does a fine job in his portrayal of The Dragon and even though he's not a trained Martial Arts he does have that physical look and the charm to match on screen.

As stately previously I was let down somewhat by the lack of action but there's a couple of scenes that are worth a mention one being the lead up to his battle with English boxing champion Charlie Owen (Alex Yen) Where we see Bruce lee meet 'Ip Man' even though its the back of his head its an iconic moment to savour and there's plenty of those nods throughout the film.  Also the final battle with Charlie Owen is a nice scene ok it might be born out of today's fast paced Hong Kong action style of movies by a certain Yenster but its nice to see Bruce lee being well Bruce Lee.

So will i recommend this movie, yes I would just don't go into the film thinking its going to be an action bonanza, keep an open mind and enjoy this beautifully crafted film.  So to quote the man himself:

'Ever since I was a child I have had this instinctive urge for expansion and growth. To me, the function and duty of a quality human being is the sincere and honest development of one's potential.'

Please note this was a review based on the Hong Kong Version I would strongly recommend the Cine Asia version with which has plenty of extras including our very own Mr John Kreng.