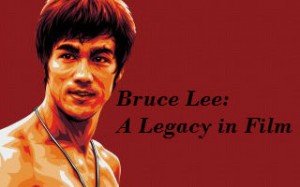 Bruce Lee: A Legacy in Film

What kind of Legacy has Bruce Lee left?  The kind that many people that are working in the martial Arts industry took inspiration from, not only his films but his philosophy has influenced many of us to explore the world of Martial Arts and see how the arts can enrich our own lives.

So the question is If Bruce Lee had lived beyond his years what kind of movies would he have been making?

"Had Bruce Lee lived, he would have relocated his family back to Los Angeles very soon after the release of ‘Enter the Dragon’. My feeling is that he wanted to strike while his iron was hot, and return to Hollywood the conquering hero, with all the studios that previously ignored him fighting for his services and all the actors to whom he once played second fiddle (Steve McQueen, James Coburn) now regarded as second to him in terms of international appeal.

I think he would have maintained homes and production bases in both Hong Kong and LA. He had discussed with George Lazenby his plans to have him co-star with Bruce in the (completed) ‘Game of Death’ and a project that eventually evolved into the film finally released as ‘Stoner’. Whether the latter would have gone ahead, given that Lee was now getting studio offers with major stars attached, is uncertain. I think Bruce might well have gone ahead with his planned English language remake of ‘Way of the Dragon’, to be filmed in San Francisco.
I think it’s likely he would have had Coburn and some of his Hollywood cohorts come to Asia to star with him in a ‘Silent Flute’ style philosophical actioner, a project where Lee would be calling the shots and the American talent would be working for hire.
In terms of what Hollywood would have offered Lee, I think that, on his return, Warners would have tried to pair him with an American lead (maybe even Steve McQueen!) in a buddy movie of some kind, perhaps a Western, rather than have Lee play a solo lead in his first genuine studio film. It would have been a ‘Rush Hour’ for the 70s!
Going forward, I think Lee would have accepted high paying offers from Hollywood producers and high profile independent film-makers like Carlo Ponti and Andy Vajna. He’d have alternated these with more esoteric Asian films, perhaps a version of his ‘Northern Leg, Southern Fist’ script, maybe even a kung fu or swordplay epic for Shaw Bros.  If only, eh?" 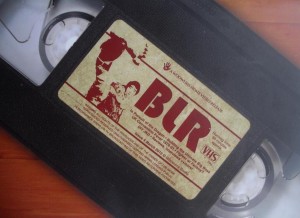 So Bruce Lee could have had simultaneous careers in both East and West which took Jackie Chan almost 30 years to achieve when he had the breakthrough with Rush Hour.  Bruce lee and Steve McQueen in a movie would just be a cinematic tour de force with them both oozing on screen persona.  Andy Vajna producer on some great movies First Blood, Angel Heart, Total Recall imagine a Bruce Lee in those kind of movies it just opens up a whole spectrum of films that Bruce lee could have starred in.   In August 1972 Bruce Lee wrote in a letter to his wife Linda that he had been working on a film script entitled 'Southern Fist, Northern Leg' and said he was definitely somewhere in ninth heaven. In the documentary 'Bruce Lee: The Man & The Legend' Bruce talks in Cantonese about some of the storyline. The meaning of the film is about 'What is the Truth of Martial Arts?' This was in the same vein as 'The Silent Flute'.

I also poised the question to Mike Leeder. AKA Big Mike a lifelong Asian Film Fan, writer and has been both in front and behind a camera.

"If Bruce Lee had lived on, I really think we would have seen him going on to bigger things, I don't know if he'd have had the A-list career we all hope for, but I could easily see him having a career path filled with roles like James Caan's in 'Rollerball', Roy Scheider in 'Jaws' breaking out of just the martial arts genre and into mainstream roles with martial arts still being an integral part of his life and work, but not the be all end all...I also always imagine him returning to Hong Kong in his 40's to play Chow Yun-fatt's role in 'The Killer'...sadly at least in our reality, we never got to see just how far Bruce and Brandon could have gone with their careers, but they live on forever young immortalized in celluloid, VHS, DVD and beyond"

Could you imagine Bruce Lee in 'The Killer', I could, but what other classics of yesteryear could Bruce Lee have made his own?  It’s a question that leaves you salivating in ones own imagination of the unlimited possibilities on how Bruce Lee's career might have taken shape.

One things for sure is that past and future generations continue to feed off the legacy of a man who has forever left a foot print in the sands of time and has become much more than just a legend he's become a legacy.

This article was taken from an Eastern Film Fans published article for BruceLeeReview magazine.  Thanks once again to Bey logan and Mike Leeder for their contribution.
Tweet
Tags: Bruce Lee, Enter The Dragon, Game of Death, The Killer, The Silent Flute

1 thought on “Bruce Lee: A Legacy in Film”