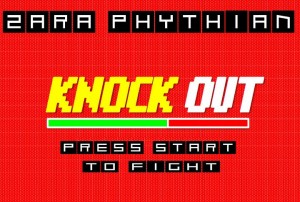 Welcome to the latest edition of The Bottom Line and its a very KNOCKOUT special edition.

HOT off the press is the latest rumours that Cynthia Rothrock and non other than Jean Claude Van Damme will be starring in up and coming film KNOCKOUT which stars our very own Zara Phythian, so we contacted Ben Trebilcook who wrote the script. 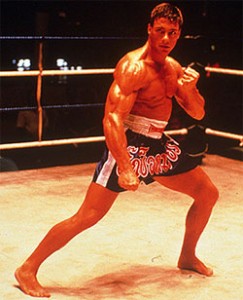 Eastern Film Fans: There's been rumour that legendary martial-arts acting talents Cynthia Rothrock and Jean-Claude Van Damme are to feature in the movie. Can you shed any light on this or any other cast members at all?

Trebilcook: I can say they're both aware of the project and one of them is reading the script. As for other cast members. I've written cool roles for actor friends Sean Brosnan (son of Pierce) and Jason Flemyng, but there's a few others we can't discuss just yet. We'll keep you posted

So there you go folks WATCH THIS SPACE

Heres some more info on the film and the people behind the project.

The plot outline for 'Knockout'
A young woman (played by Zara Phythian), distraught from witnessing the murder of her parents as a child, develops her own unique martial art by playing video games. It’s because of this she suddenly finds herself embroiled in the world of underground fighting.

Screenplay: Ben Trebilcook (who wrote previous drafts for Mission: Impossible 3 as well as an acclaimed Die Hard 4 spec) has written the script to 'Knockout'.

Trebilcook: "Working in this business you get to known quickly on what the 'next trend' is set to be regarding particular film genres. The team and I were working on our spy picture 'Vauxhall Crossed', when I learned that martial-arts projects are being sought. Our colleague and friend on 'Vauxhall', Byron Mann, had been snapped up to work on the RZA directed martial-arts film 'The Man With The Iron Fists'. It was great news to hear as Byron was set to play the lead villain opposite Russell Crowe in the movie. Then came word of several other fight pictures, including the up and coming remake of Van Damme's 'Bloodsport', by the director of 'Salt'. As 'Vauxhall' was getting bigger, in more ways than one, we decided we just had to get in on the martial-arts movie action."

Michaels: "Ben (Trebilcook) loves the martial-arts genre. He's out of the closet when it comes to his liking of Van Damme movies. In fact, I'm sure he used to hang out with him in Cannes and has a few secret Jean-Claude projects hidden in his desk drawer. There are some definite nods and winks to some of the classic films of the genre, but 'Knockout' is definitely not a comedy. It has humour, but it's certainly not a spoof. The film has a lot of heart actually and that was the key thing when working on the script. It obviously had to have great action and pace, but we didn't want it to be your run of the mill beat 'em up. It had to be different."

Look out for more News and Hot topics only here at Eastern Film Fans.