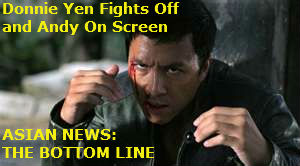 If you didn't know Donnie Yen will NOT fight Vincent Zhao in his next film Special identity, the good news is Andy On will literally get it on with the Yenster.

Talking of Donnie Yen he'll also be back for Herman Yau's Ip Man 3 The Final Chapter its got an August 2012 date but I expect this to go back due to Donnie Yen to start on Iceman Cometh 3d next. 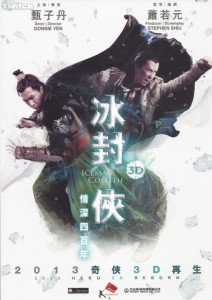 In an interview with TWITCH Stephen Shiu answered the question about what involvement Yuen Biao will have in the remake and the answer below sounds promising.
"Yes, he promised to act in the movie. This is the most exiting part, I think, because two generations of Icemen Cometh will fight in the same movie"

Also Stephen Shiu who produced 3D Sex And Zen: Extreme Ecstasy which was the top-grossing local film in Hong Kong last year, is now prepping the sequel,Sex And Zen II: 4D Sexecution, which is being made for cinemas with motion simulators in the seats.

“Golden Harvest has already installed D-Box in its Mongkok cinema and is planning to roll out the technology across its circuit of 150 theatres,” Shiu explains. “We just have to prepare a special soundtrack that sends digital signals to the seats.” 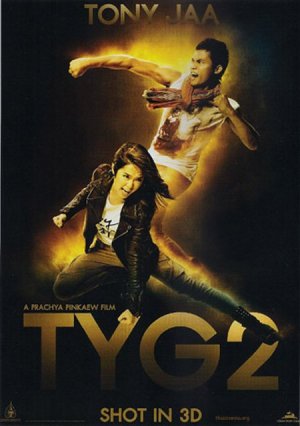 shot in 3D, he teams up with director Prachya Pinkaew and star of Chocolate Jija Yanin who is set to co-star.

Chow Yun Fat and Sammo Hung are to unite for 'Once Upon a Time in Shanghai' in a true story about crime boss Du Yuesheng set in the 1920's and 30's which is set to be a dramatic thriller. Wong Jing is set to direct and Andrew Lau is producing.  Philip Ng has now been added to the cast.

Nicholas Tse and Director Derek Kwok are set to hook up for the big budget Fire fighting drama which has a working title of Special rescue Squad hero, last big budget Firefighting movie was Lifeline back in 1997, so expect this one to be HOT!

Keanu Reeves is still hard at work with Man of Tai Chi with Tiger Chen and Karen Mok, the choreography is courtesy of the legend that is Yuen Woo-ping.

If rumors are true next up Jackie Chan will be teaming up with two Bollywood Superstars Salman Khan, and Kamal Haasan.  They are being touted for roles in a film producer's Aascar Ravichandran Mega Budget Indian Blockbuster.

For those Undisputed Fans Scott Adkins recently wrote on facebook "For those asking about Undisputed IV, it’s coming hopefully but we cannot shoot it until 2013 at least so that means 2014 release, sorry about that."

With Expendables 2 now set to be an R rated film Randy Couture has said in an interview "Probably going to start shooting Expendables 3 in the fall after Expendables 2 comes out in August " So let the name dropping begin there's a whole host of action stars that have yet to get in on the action.