Welcome back to Asian news: The Bottom line 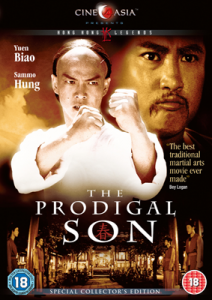 Donnie Yen revealed he's grooming his son to be his successor: "He can now perform a martial arts routine and when I photograph him doing it, he would turn his head to the camera, as though he is acting in a show," Yen said. A mini Yenster in the making!

The New York Asian Film Festival will present a life time achievement award to Tsui Hark, Some of the many films on show will be Miike Takashi's highly anticipated Ninja Kids, Shaolin, Detective Dee and the Phantom Flame and Johnnie To produced thriller Punished.

JAPAN CUTS The New York Festival of Contemporary Japanese Cinema returns to Japan Society from July 7th to July 22nd for its fifth consecutive year With 32 titles and 33 screenings, including 10 co-presentations with New York Asian Film Festival.  Check out the low down here.

Check out the trailer for a new documentary coming soon Tarantino: The Disciple of Hong Kong, Frederic Ambroisine was producer on this and some great interviews with Simon Yam, Gordon Liu, Mike Leeder and Ringo Lam.

Simon West is to direct the Expendables 2 which will see Sly return and hopefully bring along Jet Li and co. 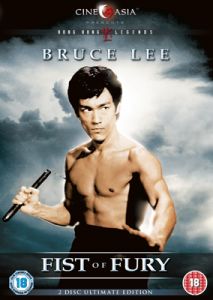 Andrew Lau will now take up the reigns for the forth coming Flying Guillotines, yes we all thought it was destined for the chop as Teddy Chen left the project, but it looks as if there's a new head attached (did you see what I did there!)

Look out for 'Beginning of the great revival' which celebrates this year's 90th anniversary of the founding of the Communist Party of China. It stars Chow Yun-fat, Andy Lau, Simon Yam, and Daniel Wu to name but a few and it traces the time between the 1911 revolution in    China and the formation of the Communist Party in 1921 Check out the Trailer here.

From 1999 to 2006, Hong Kong Legends brought the biggest films of Asian cinema to DVD in the UK. Now, Cine-Asia the UK’s leading Asian action cinema label is 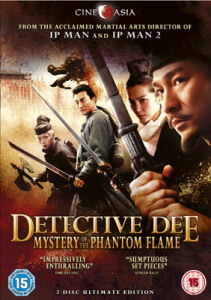 reissuing them under the ‘CINE-ASIA presents HKL’ banner, bringing together the two greatest catalogues of Asian cinema under one ultimate label!  Look out for 'Fist of Fury' and 'The Prodigal Son' July 4th.

More reviews coming soon to Eastern Film Fans with my retro review 'On the Run' and also 'Gallants' in the mix, stay tuned to Asian News: The Bottom Line and check us out on facebook.