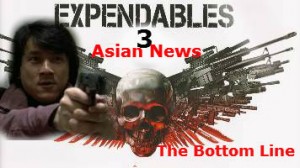 All your Asian news needs all in one place, you lucky little puppies 😉

Jackie Chan has officially announced he will be part of Expendables 3 in more than a minor role. Expendables 3 and another Police Story 2013 will be a great year. 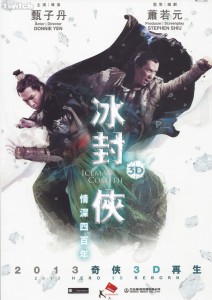 Donnie Yen will be reuniting Nicholas Tse for a new action film called “Enter the Master”. The action is set in a Us 'Chinatown' location and sees Yen as a former martial arts ace who must decide whether or not to come out of hiding when a new immigrant he has befriended puts him in the middle of a war between two triad factions.

Donnie Yen’s movie “Dragon” (Wu Xia) has seen 19 minutes of footage chopped from it for its International release.  I’ll stick with my original cut thank you YesAsia!  Easternfilmfans review HERE

Director Dante Lam is teaming up again with actor Nick Cheung and Daniel Wu for a new movie called "That Demon Within", and that Nick Cheung will once again play the villain in his movie.

Yuen Woo-ping will make his Directional debut for "Vigilantes - The Lost Order," which is actually a Chinese-Canadian production. It's described as "The Matrix meets Wall Street," the story follows a female assassin who uncovers a conspiracy within the world of high finance during her quest to avenge the death of her 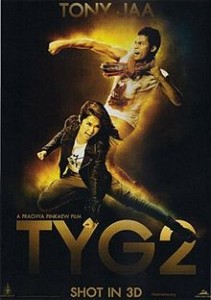 Chow Yun-fat is attached to star in gambling-themed action drama “Bluffing”. Written and to be directed by prolificHong Kong filmmaker Wong Jing, the film will star Chow as a former conman who is invited by Hong Kong police to go undercover to investigate a money laundering case in Macau. Nicholas Tse is also being lined up to star.

Tony Jaa's comeback movie “Tom Yum Goong 2” (aka The Protector 2) is now slated to come out May 2013.  The RZA has a "featured part" in the film along with an international superstar !?!

I would like to wish you all a VERY MERRY CHRISTMAS

and a KICK ASS NEW YEAR