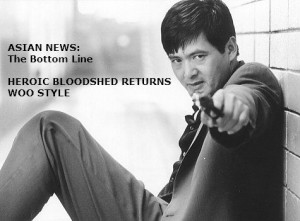 Eastern Film Fans proudly present another edition of Asian news, the news from the world of Asian cinema all in one place, so sit down and enjoy the juice.

John Woo is set to return with a remake of a 1963 Japanese film Youth of the Beast, this will be retitled Day of the Beast and shot in English.  The original concerned a foreigner stuck in the middle of a war between Japanese Yakuza and the Russian Mob.   Lets hope Heroic Bloodshed is back John Woo style. 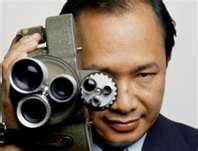 John Woo has agreed to remake his 1980s classic "The Killer" in English.  South Korean director John H. Lee will direct the new version alongside the film's producer John Woo. The 1989 version was written and directed by John Woo, and starred Chow Yun-fat, Danny Lee and Sally Yeh.

Chow Yun fat and Sammo Hung will team up for 'The last Tycoon' in a true story about crime boss Du Yuesheng set in the 1920's and 30's which is set to be a dramatic thriller.

Johnnie To has just wrapped on Drug War which sees Louis Koo and Sun Honglei take up the main roles in what we can only hope will be another Johnnie To classic, more details as we get them. 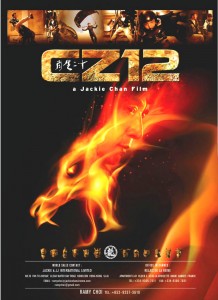 Another war this time 'Cold War' is ready for a summer release starring Aaron Kwok and Tony Leung Ka-fai "Cold War" is a crime-thriller which tells an interlinked story involving the police, undercover cops and mindless thugs.

Jackie Chan Trailer for Chinese Zodiac is HERE in what he says will be his last action movie!!!

Other trailers now up are Andy Lau in Switch an action spy movie that looks sumptuous HERE and Naked Solider with Sammo Hung, Andy On that looks sexy and action packed HERE

Donnie yen as confirmed here will be back for Ip Man 3 this time its in 3D with some bloke named Bruce lee being played by who knows yet but hell I'm ready to watch this film now!

More 3D goings on with Tsui Hark now taking the rains on 'Tracks in the snow'  Based on the novel of the same name, the

film will tell the legendary story about a hero named Yang Zirong who outwits a group of gangsters.  Its being described as a Wu Xia drama with guns, me like that!

The Raid will open today Friday 18th May in UK and is set to be the action movie of the year if you've not heard anything about it, check out the trailer here

Watch out for A better tomorrow 2012 Bonanza with PODCAST ON FIRE, competitions and reviews coming soon

Finally Andy Lau looks set to Star in Iron man 3, also congratulations go to him and Carol Chu who gave birth to a baby girl.  Both Mother and baby are doing well.