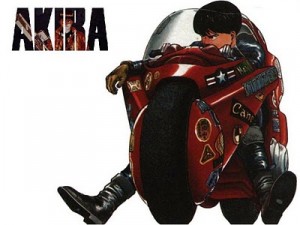 For many years, the Gate Cinema was the number one choice for late screenings in London - and we've decided to bring them back! Late Cinema at Gate Cinema is a regular event in which we showcase some of our favourite films, and have a little fun too. We have reduced ticket prices for the events, but do ask that everyone attending makes a voluntary donation to our collection for Plan UK.

Based on his own apocalyptic sci-fi comic strip of epic length and success, Katsuhiro Otomo's AKIRA is set in a devastated Tokyo that is slowly being rebuilt 30 years after nuclear destruction.

The inner city remains chaotic and dangerous, the scene of perpetual war between pill-popping motorbike gangs, of riots by the hungry and dispossessed. Ruled by a repressive military government, the masses are swayed by religious fanatics who predict the second coming of the legendary Akira.

But the cult is challenged by Tetsuo, a young biker who is losing control of his recently discovered telekinetic powers - powers which threaten the end of the world.

AKIRA ON THE BIG SCREEN WILL BLOW YOU AWAY - Easternfilmfans