Did someone say music, what's the soundtrack going to be on Scarlett Cross @ Agents of D E A T H ?

We now have a music artist and music currently under construction for our Scarlett Cross film and its non other than Mr Justin Willis. 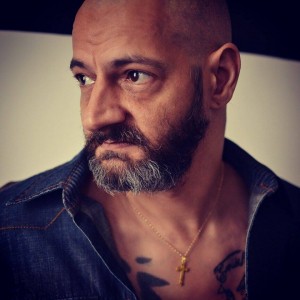 Justin Willis is equal parts songwriter and performer, creating captivating and emotional music, with tales of hope, fulfilling dreams and loss of love. He has created 3 full length albums capturing his own history and life's struggles. His music crosses the borders of acoustic folk and rock with piano and synth driven elements, with sing along songs and powerful subject matter pushing Justin forward into main stream music.

Justin's path into music began early with old acoustic instruments scattered around his family home which progressed to him building his own music studio and start recording for local bands.

2009 saw him obtain his first digital recording deal with Revolver Records, home to the original Stone Roses and Jane's Addiction. Supporting many up and coming Midlands bands and having the incredible pleasure of supporting Tom Hingley from the Inspiral Carpets in London in 2010, Justin is now headlining with his own mix of acoustic songs and his full band up and down the country.

Justin signed to star 1 records 2013, released a charity single for teenage cancer trust.  Star 1 are working with Universal music and I have my video for 'Nothing Better' on MTV and VH1 and he was the first UK artist to sign with the American label.

Releasing both albums and a single through Revolver Records to much acclaim, radio play and internet video placement, Justin's latest album is currently being recorded with legendary producer Gavin Monaghan who's work with The Editors, The Twang to name but a few, has given this amazing producer world wide praise.

Listen here to We all die Young by Justin Willis

Finally we caught up with Director Dean Meadows on Scarlett cross here's the latest news.

Scarlett Cross: Agents Of D.E.A.T.H. is an anthology based around a group of female assassins. We had originally planned to just shoot the first short story, put it online for free and then use crowdfunding to raise money to shoot the remaining 'parts'.However I have scrapped that idea as we thankfully have managed to acquire the funding to keep shooting, so we will continue shooting the full film for the rest of this year and hopefully complete principal photography in the new year.The movie has 5 chapters, each chapter is influenced by a different genre, from American Grindhouse/Exploitation, 80's Hong Kong Ninja movies and Japanese Karate flicks, and Euro horror and crime. There are naked assassins, religious cults, killer nuns, nasty ninjas, flesh eating zombies and female yakuzas! However, as crazy as it all sounds it has some very shocking and brutal moments... whatever you were expecting... think again!

Check out the Official Facebook Page here for latest news.